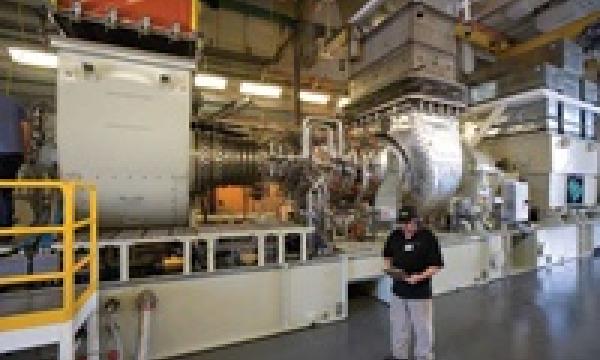 With over 30 years of existence, Turbomach has strengthened its position as a major player in the power generation market with over 1’000 Gas Turbine generator sets installed in more than 90 countries.


In 2004, consequently to its success, Turbomach was wholly integrated with Solar® Turbines, thus becoming a key division of Caterpillar Inc. power business.


Since then, Turbomach capitalises on Solar® Turbines 60 years experience and reputation as the leading manufacturer of mid-range industrial Gas Turbines, totalling 13’000 units installed. Solar has 6’000 employees, including 400 people in Turbomach’s Switzerland-based headquarters, are committed to the Company’s success through their constant strive for Customer satisfaction. By promoting a partnership approach with its Customers, Turbomach people understand that the company’s growth resides in, and only in, helping Customers succeed in their business.

Turbomach’s dedication to the power generation market, with high focus on CHP, is confirmed by the company’s proximity to its Customer base with local teams distributed between 16 countries. Following a “solutions provider” approach to power plant projects, Turbomach’s activities include engineering, packaging, installation, commissioning and maintenance of 1 to 22 MWe Gas Turbinegenerator sets.


These services can also be complemented by full power station EPC, thanks to Turbomach’s acknowledged know- ow in this sector, in order to provide Customers with comprehensivepower plant solutions.

The 22 MWe Titan™ 250 Gas Turbine is the latest addition to Solar®’s product portfolio and its most powerful unit. The Titan™ 250 development program, launched in 2003, was driven by the conjunction of feedback from experienced Gas Turbines end-users, and by Solar® Turbines design philosophy which sets high standards in terms of product reliability, performance and emissions.

With the aim of conciliating Customers’ requirements in terms of Gas Turbine performance and maintainability while keeping high durability levels and minimizing theenvironmental footprint - two characteristics that have built Solar®  Turbines reputation-; engineers had to imagine a hybrid design  concept that would pave the way for the Titan™ 250’s positioning as a market benchmark.


While Aeroderivative Gas Turbines are originally designed for the aviation industryand later modified for land based  applications, Industrial Gas Turbines, also known as Heavy-Duty Turbines, were engineered from the very  beginningfor power generation or mechanicaldrive applications. The first are renowned  for their excellent fuel efficiency and their straightforward maintainability, the latter for their robustness and the “cleanliness” of their combustion process.


Remarkably, the aerodynamics of the Titan™ 250’s rotating components (i.e. compressor, gas generator and power turbine) have been optimized in such a way that the Titan™ 250’s 40% mechanical efficiency is achieved at a firing temperature that allows the use of proven, durable materials for the hot section of the turbine. On top of this, maintainability is improved thanks to the modular design of the Gas Turbine, which enables the exchange of turbine parts according to their actual wear condition.


With the Titan™ 250, Solar® Turbines have managed to blend the best of both worlds – Aeroderivative and Industrial - in order to provide Customers with a very robust turbine capable of burning a variety of fuels while achieving outstandingly low emission levels.


Among the Titan™ 250’s notable advantages, its best-in-class fuel efficiency and fast start-up time provide high added-value to Customer business while its package lightness and compactness allows it to be transported in one piece inside a commercial airplane.

For all these reasons, Turbomach believes that the Titan™ 250 provides the adequate answer to tomorrow’s energy challenges, namely: fuel scarcity, electricity grid instability and even morestringent emissions regulations.

While all Titan™ 250 Customers will benefit from overall low operational costs, industrial  users will value its wide range ofuseful heat  generation as a cogenerator thanks to theaddition of exhaust gas post-firing systems; grid operators will benefit from its quick startup and exceptional load acceptance; and local utilities or municipalities will provide reliable power at high electrical efficiency in combinedcycle mode.


Since the Titan™ 250’s official commercial introduction in 2008, 10 units have been placed on the market with the aim of supporting Customers in:
-securing natural gas distribution in Germany and in the US
-running a paper mill in Spain in compliance with stringent local CHP and emissions regulations
-supporting Turkish industries by providing costeffective electricity