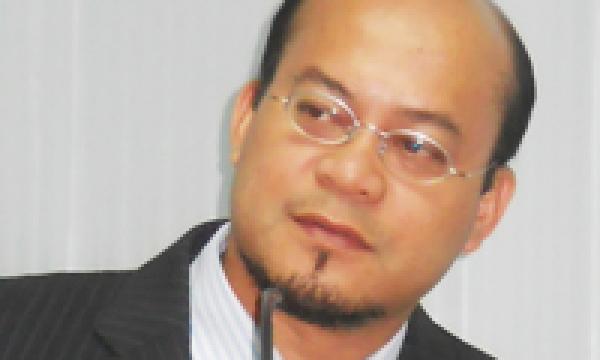 “The future ain’t what it used to be!”
(seen on a bumper sticker)

Climate change is the only constant

The need to address the issue of climate change has become a matter of priority, and players in the shipping industry must stand up and be counted to play their part to reduce carbon emissions.

Being a crucial facilitator of trade and at the forefront of activities such as offshore oil and gas exploration and production, shipping is omnipresent and hence commands international attention. Expectations are therefore high for the industry players and regulatory authorities to take urgent, meaningful action to introduce eco-friendly practices in shipping.

One way or another, industry players must prepare themselves for a lower carbon future, and that future is looming in the horizon. Delaying actions - or worse, not taking any action – is simply not an option.

There is growing pressure for transport operators, including in shipping, to take serious actions to mitigate the risks of climate change. Signs are all around that the world is under serious pressure from a scorned Mother Nature whose delicate balance has been upset by the ravages of climate change. Raging bushfire in Russia, fatal floods in Pakistan, tragic mudslides in China and the separation of a 60 sq km chunk of ice from a glacier in Greenland are just some reminders of the terrible impacts of climate change.

The failure of the United Nations Conference of Parties on Climate Change (COP 15) held in Copenhagen in December 2009 to reach a consensus to advance the agenda is a wake-up call for industries, including the transport sector, to act quickly to reverse the adverse impacts of climate change on the environment. Pressure is growing for world leaders to come up with a concrete plan at the COP 16 meeting in Cancun, Mexico in late 2010 to reverse the ill effects of climate change. All eyes are on COP 17 in Durban, South Africa to make advances on this most important agenda.

A December 2009 report published by Lloyd’s List stated that despite shipping contributing a mere 3.3% of the global total of carbon emissions from economic activities, emissions from shipping were estimated to have doubled since 1990. The report projected that this percentage would grow by a factor of two to three by 2050 from 2007 levels should no regulatory measures were put in place to lower the emissions from shipping.

This should make industry players sit up and take note of the dire prospect, and not become complacent and ‘lulled’ by the fact that shipping contributed only a small percentage to the total global carbon emissions.

Industries must rally behind the commitment of governments to reduce carbon emissions and contribute towards fulfilling that objective. The shipping industry especially must make the issue of reducing carbon footprint as a priority and must aim to put in place strategic measures to reduce or limit the volume of carbon emitted from their operations.

While admirable efforts had been initiated and were being planned by the International Maritime Organisation (IMO) to lead the way in reducing carbon footprint in the shipping industry, many issues and challenges must be addressed and overcome for the shipping industry to cut down its carbon emissions in a systematic and meaningful way.

What is urgently needed is for IMO to put in place a globally accepted regime to curb carbon emissions. A national or regional regime based on a piecemeal approach would not do, given the global nature of shipping.

The intensity of opposition towards reduce carbon emissions in shipping could be seen in proposals such as applying the Common But Differentiated Responsibilities among maritime nations and introducing market-based instruments.

Other issues include the lack of financial resources, the need to develop adequate and skilled manpower, overcoming technological challenges, high cost of compliance, lack of enforcement, and that challenge of balancing ‘going green’ with business imperatives.

IMO’s Greenhouse Gas Study updated in 2009 reported that the application of ‘known technology and practices’ could make vessels more efficient between 25 to 75%, depending on the types of vessels.

However, adapting such technology and practices may give rise to other issues. In the event that shipowners pass the costs incurred from ‘going green’ onto their customers, the latter will in turn pass their costs down to end users and consumers of the cargo they ship.

Given the considerable costs involved in practicing ‘green shipping’, there may not be much of an incentive for shipowners to increase efficiency of their ships to a level that will make a difference on a global scale.

Unless they can gain competitive advantage by ‘going green’, or at least can avoid competitive disadvantage, it is hard to imagine that shipowners are going to adopt a voluntary technological revolution to change the entire shipping industry to a greener one. What more at a time when many of them are reeling from the crushing impact of global recession, credit crunch and falling demand for shipping services.

These issues and fears need to be exhaustively debated and addressed before a consensual approach to address climate change can be attained by shipping industry players.

While it is encouraging to note the growing awareness among stakeholders in the sector of the need for them to reduce carbon outputs, there is also a need to anticipate the effects of adapting measures to mitigate the risk of climate change.

This calls for nuanced measures and policy options leading to implementable, practical and effective solutions to reduce carbon emissions in the shipping sector, while meeting the need for smooth and efficient flow of trade along the maritime supply chain.

Nazery Khalid is a Senior Fellow / Research Coordinator at Maritime Institute of Malaysia.