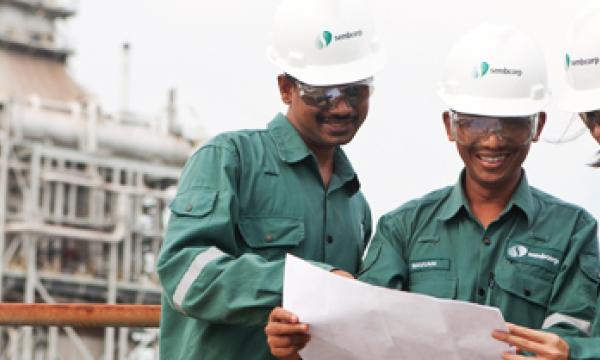 Tangible contribution in revenues will only begin in FY18.

A week after the sale of its Australian waste disposal business, Sembcorp Industries (SCI)announced that it is investing US$390m ($547m) in its first power plant in Bangladesh. SCI is developing a 426MW power plant in the Sirajganj district of Bangladesh under a public-private partnership with the Government of Bangladesh. This will be a build-own-operate project where SCI will hold a 71% stake while North-West Power Generation Company, a Bangladesh Power Development Board subsidiary (BPDB), will hold the remaining 29%. The plant is expected to be completed in 2018 and has secured a 22.5-year PPA with BPDB. Total project cost is estimated at USD390m (SGD547m). SCI’s equity portion will be USD68m (SGD95m) with the remaining to be funded through project financing.

Here's what analysts had to say:

We view this as a natural progression following its heavy investments in Indian utilities, and believe the power plant will generate 15-20% IRR, following its completion in FY18.
Toehold into the fast-growing Bangladeshi market. Sembcorp Industries’ (Sembcorp) first combined cycle power plant in Bangladesh, in the Sirajganj district, will have a capacity of 426MW, fueled primarily by natural gas with high-speed diesel as back-up fuel. Bangladesh represents a high-potential, fast-growing market as only three-quarters of its estimated 11,500MW of power generation capacity is considered “available”, and a third of the power generated is reportedly lost in its inefficient transmission and distribution network. Meanwhile, its GDP is forecasted to be growing at >6% a year (despite the power losses) over the next 15 years, with the Bangladesh government planning to add 10GW of capacity over the next decade.
71%-owned BOO joint venture. Sembcorp will own 71% of the power plant, with the other 29% owned by the North-West Power Generation Company, a subsidiary of the Bangladesh Power Development Board. Sembcorp will build, own and operate (BOO) the plant, with a 22.5-year power purchase agreement signed.
Efficient capital redeployment. We estimated the Australian waste management business sale multiples at 3.6x P/BV and 14x-16x P/E. In contrast, this new investment should yield 15-20% IRR. This represents an efficient recycling of capital. Sembcorp still has excess funds remaining from its AUD482m sale, after its USD68m equity investment at a 75-25% debt-equity ratio, to deploy into additional projects.
Maintain BUY with an unchanged SGD4.20 TP. Although the power plant will only begin contributions in FY18, it provides yet another visible source of long-term growth, underpinning our confidence in Sembcorp’s under-appreciated utilities business. Key risks are execution risks for its overseas projects and order deferrals for its rig building division.

We estimate initial contribution of SGD10-15m p.a to SCI’s earnings when operational in 2018, possibly rising to SGD25-30m p.a eventually. But the longer-term implication is that SCI could expand its Bangladesh footprint if this project progresses well, given the lack of domestic opportunities. Bangladesh plans to add 10GW of power capacity over the next decade and SCI is the first foreign investor to enter into a public-private partnership project.
No change in our FY15-17E EPS and SOTP TP of SGD3.67 where we value Utilities at 11x FY16E P/E. We remain concerned about Marine’s outlook and see a lack of catalysts for Utilities in the near term. But 4.2% dividend yield is likely to be sustained with upside potential given recent proposed divestment of SembSita that could net the company SGD482m in cash.