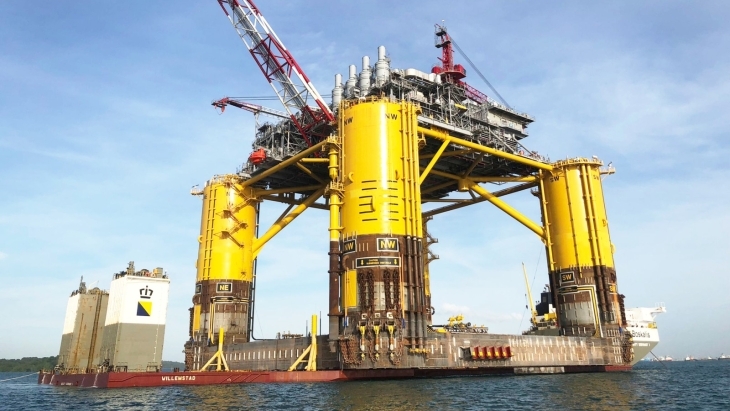 Vito RPF, Sembmarine’s first floating production unit, is transported to the Gulf of Mexico in the US.

Sembmarine said the integration of the topside structure of Vito with its hull was executed using cranes with 30,000-tonne combined lifting capacity and 100-metre hook height in Tuas Boulevard Yard.

“The successful construction and delivery of Vito FPU is a key milestone in our newbuilding track record and a testament to Sembcorp Marine’s proven expertise and differentiated capabilities in the construction of turnkey projects for the offshore, marine and energy industries,” Sembmarine President and CEO Wong Weng Sun said.

Shell in April 2018 invested in the Vito deep-water project development with a depth of 1,219 metres, The project produces an estimated 100,000 barrels of oil equivalent per day at peak production, according to Shell’s website.

Vito is Shell’s 11th deep-water project in the area that started producing oil in 2021.

Sembmarine is currently constructing a second FPU project for Shell’s Whale development in the US Gulf of Mexico which involves the fabrication and integration of the FPU topsides, living quarters and hull.