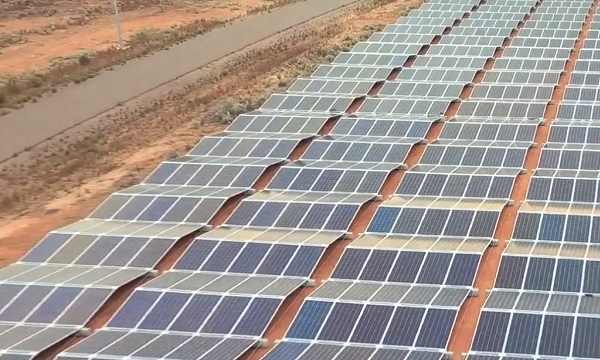 Is there room for the Singapore-Australia power project in a crowded market?

Incumbent gencos are grappling with overcapacity and excess gas supply.

Sun Cable’s massive plan to provide a fifth of Singapore’s electricity supply with a 10-gigawatt (GW) Australian solar farm connected to the city via undersea cable might just come to fruition after it scored a $46m investment from two billionaires, Mike Cannon-Brookes and Andrew Forrest.

However, the Australia-Singapore Power Link (ASPL) could find it difficult to carve out a space for itself and other developers. Recently, incumbent generation company (genco) Senoko Energy admitted that it had explored with the Energy Market Authority (EMA) the possibility of securing loan facilities as it seeks to resolve causes of depression in the market blamed onto overcapacity and excess gas supply.

According to EMA data as of September 2019, power generation capacity is currently at 12,542 megawatts (MW), but peak system demand has only reached 7,376MW.

A megaproject such as ASPL would tilt the market out of favour of incumbent independent power producers (IPP). Mike Thomas, founding partner at The Lantau Group, told Singapore Business Review, “If a mega solar project were to dump too much power into the Singapore market, the wholesale electricity price would collapse and the solar investors won’t get a good return on their massive investment. So the key here is to find the balance of risk and return.”

David Griffin, CEO at Sun Cable, commented, “We are developing the Australia-Singapore Power Link to address the needs of energy consumers in Singapore and Darwin. These are competitive markets, where generators have the opportunity to supply electricity on the best terms possible.”

“To achieve that, electricity needs to be competitively priced, clean and dispatchable. To the extent possible, it also needs to be predictably priced over the long term,” he added.

Growth opportunities for IPP are by no means insufficient as the government moves to upgrade the grid and shift towards renewables in order to meet efficiency and carbon emission targets.

Singapore previously expressed the need to diversify away from gas-based power. Over the last 10 years, grid-connected solar installations have increased from 30 to over 3,000. The government expects to deploy 2GWp of solar power by 2030, equivalent to 10% of the city’s peak daily electricity demand.

Should the project come into fruition, Singapore’s market may not be saturated anymore, Thomas added. “Almost any solar project that reliably displaces LNG in the future is likely to attract at least some investor interest unless Asian LNG prices collapse,” he said.