The Asia Pacific headquarters in Singapore supports key markets like Bangladesh, Indonesia, Malaysia, the Philippines, Thailand and Vietnam. With over 50 years of experience and more than 2,000 employees, the company applies its innovative technologies and deep knowledge of Asia Pacific’s evolving energy needs to pave the way for the region’s sustainable energy future.

Mitsubishi Power has advocated the use of natural gas in lowering carbon emissions whilst ensuring energy security and flexibility.

Demand for natural gas has seen an increase in recent years amidst environmental concerns around more traditional sources of power such as coal or oil. As many corporations and countries alike have pledged to be carbon-neutral from 2050 onwards, searching for alternative sources of energy has been more critical than ever.

Natural gas, fortunately, just might be one of the keys to gradually transitioning towards net-zero emissions. It provides opportunities and benefits against other sources of energy that produce more carbon emissions and it offers a transitionary solution for the region to explore more zero-carbon sources like hydrogen in the coming decades.

The “Natural Gas and the Clean Energy Transition” report from the International Finance Corporation (IFC) pointed out that gas can be economical even when the capacity is utilised flexibly, leaving room for more renewables.

“PV solar, wind, and natural gas-fired turbines and engines have lower unit capital costs than coal-fired equipment, and there are natural incentives to combine solar, wind, and gas such that the required capital expenditure is least-cost compared to a coal-heavy mix,” the report stated.

IFC’s report also mentioned that total fuel costs can be minimised since the all-in cost of PV solar and wind in many markets is below the marginal cost of natural gas.

A report from the IEA stated that the flexibility of the global gas market in the coming years will continue to be crucial, as natural gas will play a critical role in the transition towards a cleaner and more sustainable energy system.

Citing Malaysia as an example, Narayanan mentioned that there are plans for 2.4 GW of gas power plants planned between 2025 and 2026 to replenish the retiring older plants, together with another 3.3 GW for the years 2029 and 2030.

“There is no doubt that gas would be the fuel for (the) energy transition, and APAC’s best bet to meet the net-zero target in 2050,” Narayanan said.

He added that there would be a combination of combustion technologies coupled with air quality systems within the natural gas power plant to address the transition.

Gavin Thompson, Asia Pacific vice-chairman at energy consultancy Wood Mackenzie, mentioned in his opinion article “What a difference a year makes – Asia’s energy leaders discuss an uncertain future” that whilst support for the acceleration of renewables and a consensus around the role of natural gas in reducing coal demand in Asia are deemed positive signs in the energy transition, the overall pace of change across the region remains “far too slow”.

“Over 70% of the region’s emission footprint is coal-based and with electrification the cornerstone of the energy transition, Asia’s rising power demand risks prolonging dependence on coal for the next decade at least. And the current power crunch is not helping, reminding Asia’s leaders of coal’s dependability in ensuring energy security and grid stability,” Thompson said. 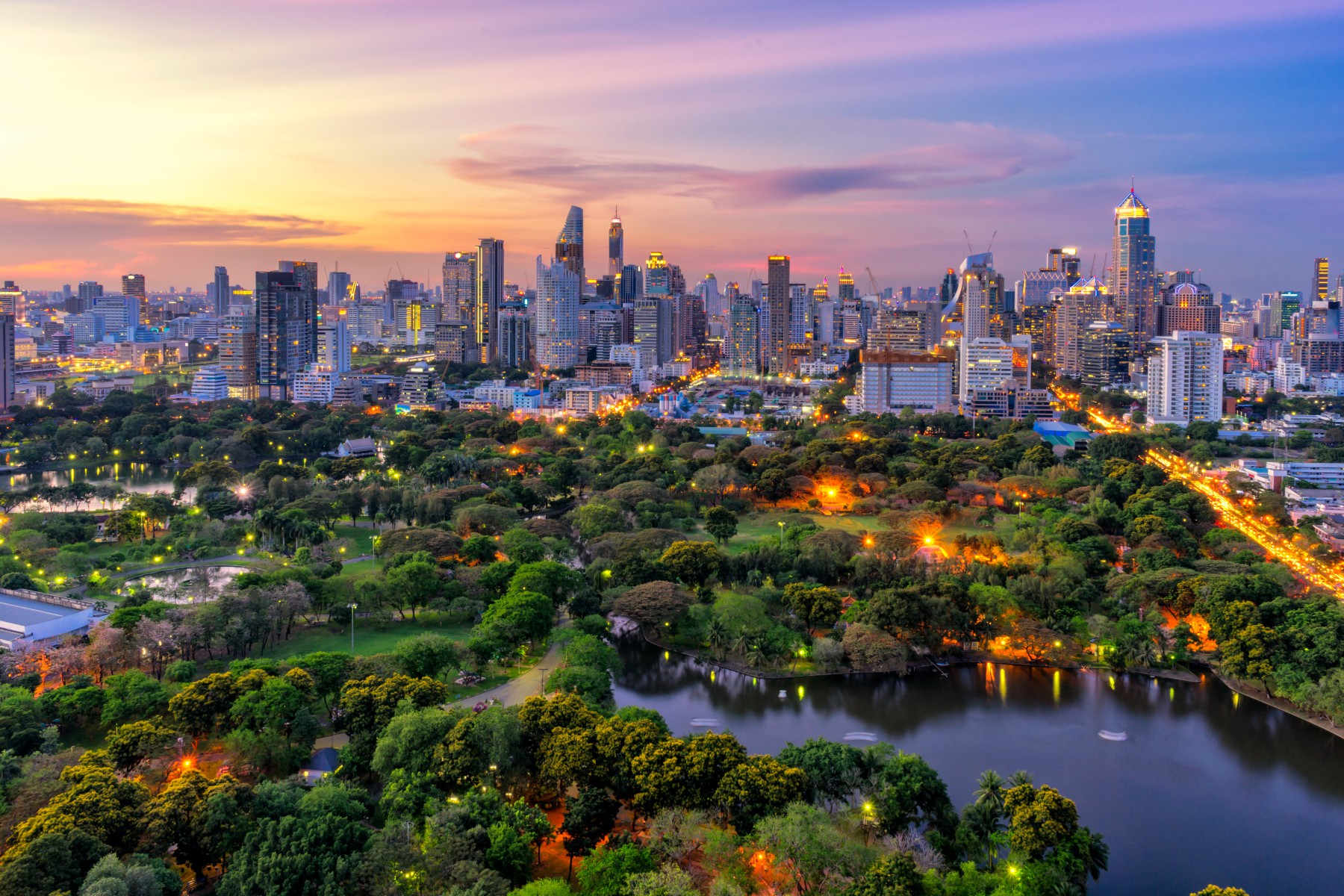 Natural gas ‘in the mix’

Despite these projections, many countries are incorporating more natural gas in their energy mix amidst its proven contributions to reducing carbon emissions and ensuring a stable power supply.

Narayanan noted that when the 1990s approached, it brought with it a natural gas bubble within Southeast Asia. Malaysia, Thailand, Indonesia, Singapore, and Vietnam were amongst the beneficiaries of the grid system, coupled with various gas to power projects.

“These plants were not only cost-effective given the low cost of natural gas but also extremely flexible to operate. Natural gas formed the backbone of energy as industrialisation was at its peak,” he said.

Meanwhile, Mitsubishi Power Asia Pacific Managing Director and CEO, Osamu Ono pointed out that whilst coal has dominated the Asian market over the last two decades, natural gas is already a critical component of Asia Pacific’s energy mix. This is particularly so in countries such as Singapore and Thailand – with demand growing and new liquefied natural gas (LNG) terminals picking up as more markets make the transition toward a more sustainable energy future.

He added that combusting natural gas also enables the rising adoption of cleaner fuels, such as hydrogen and ammonia, with new innovations that allow gas turbines to utilise these fuels and support the region’s energy transition.

Some Southeast Asian countries are now making commitments towards increasing the share of natural gas in their energy mix.

Indonesia, which has large reserves of natural gas, recently approved plans to develop the Ubadari natural gas field and raise output at the Vorwata gas field using carbon capture utilisation and storage as it continues efforts to reduce carbon dioxide emissions. This has an estimated potential additional recovery of 1.3 trillion cubic feet of gas in total from the new Ubadari field and the enhanced Vorwata field.

Meanwhile, Malaysia is committed to operating gas power plants to replace coal power plants and Malaysian LNG imports are projected to increase by more than 1 million tons annually to reach 4.8 million tons in 2022. 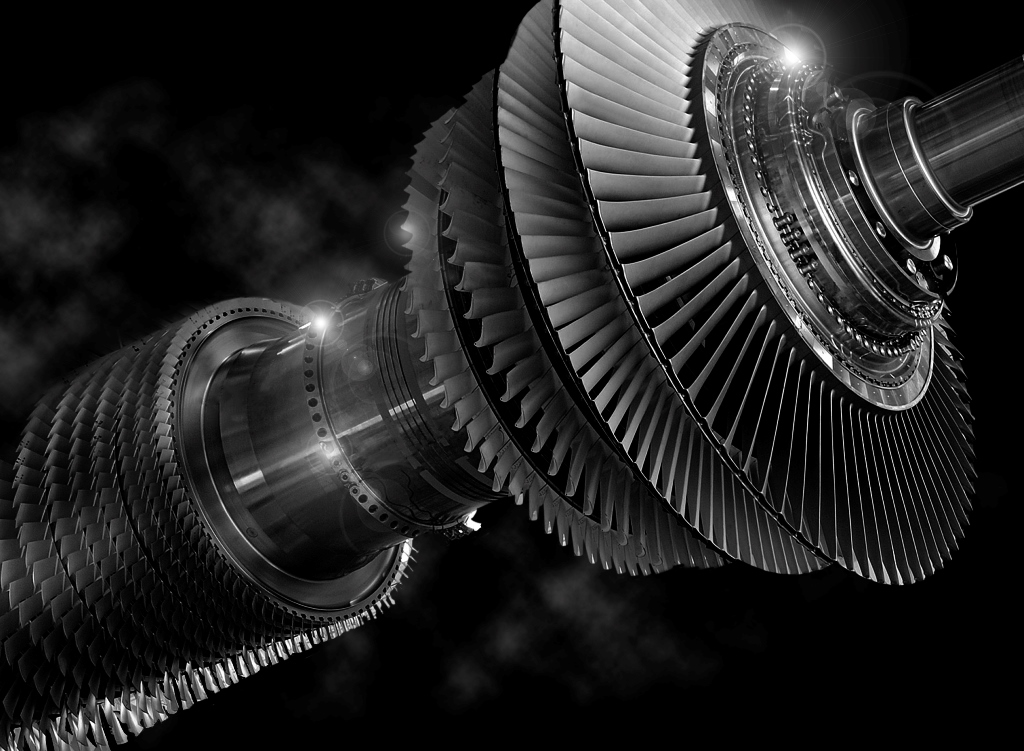 A look into Mitsubishi Power’s expertise

The company works closely with power producers in the region to best address their needs.

“Our work in countries across the region has helped guide a shift away from coal to natural gas, and our gas turbine installations have helped reduce carbon emissions in power plants by up to 65% when compared with coal power plants,” Ono said.

Amongst these projects include Southeast Asia’s first M701 JAC gas turbines, which commenced operation in Thailand as part of an order of eight turbines for a power plant in Chonburi Province. This is said to help produce more reliable, stable and cleaner energy for the country.

Mitsubishi Power also completed the installation and commission of a 500 MW natural gas-fired GTCC power generation system for the Muara Karang Power Plant – the most efficient in Indonesia and part of the government's project to boost power supply capability to 35 GW. It will help meet the rising demand for electricity across the West Java region and facilitate infrastructure development for urban transport systems.

Furthermore, the company has all its J-Series gas turbine designs tested at a grid-connected T-Point 2 facility in Japan before commercialisation, to ensure world-class reliability. They undergo a long-term operation of at least 8,000 hours of validation, equivalent to nearly one year of normal operation. These turbines have amassed over 1.6 million operating hours with 83 units sold worldwide, enabling power plants to achieve the world’s highest power generation efficiency of greater than 64% and offer a reliability of 99.6%.

To further support the energy transition, its heavy-duty gas turbines can now also operate on a mixture of up to 30% hydrogen and 70% natural gas with the necessary equipment modifications, and this can be increased to 100% hydrogen in the future.

“This technology is compatible with the use of existing facilities without large-scale modification of power generation facilities, which helps lower costs and ensures a smooth transition to a hydrogen society,” Ono said.

Meanwhile, ammonia has also gained traction as a future fuel in the energy transition as it is a highly-efficient hydrogen carrier and can be directly combusted as a fuel. It is also easier to liquefy than hydrogen and therefore much easier to store and transport.

Leveraging this carbon-free fuel, Mitsubishi Power has commenced the development of a 40 MW gas turbine fueled by 100% ammonia and is targeting commercialisation around 2025. As the firing of ammonia produces no CO2, carbon-free power generation is achieved. “It will also aid in decarbonisation whilst addressing smaller-scale energy needs, such as small to medium-scale power stations for industrial applications, remote islands and more,” Ono said.

Ono also recognises the challenges that come with the production of NOx emissions during the direct combustion of ammonia. To address this, Mitsubishi Power aims to combine selective catalytic reduction with a newly developed combustor that reduces NOx emissions.

Transitioning to a carbon-zero future

Mitsubishi Power acknowledges that the Asia Pacific is home to a diverse and unique mix of people, infrastructure and economic potential, which makes the energy transition a complex one that calls for market-specific approaches to decarbonisation.

In this regard, Mitsubishi Power is a power solutions brand of Mitsubishi Heavy Industries, one of the founding members of the Asia Natural Gas and Energy Association, which is actively helping Asian nations lower carbon emissions by promoting natural gas. The association advises governments as they develop energy policies and solutions vital for a stable, consistent and affordable transition.

The company is also exploring cleaner, alternative fuels to promote a further reduction in carbon emissions.

It has partnered with Indonesia’s Bandung Institute of Technology (ITB) to research next-generation clean energy technologies, as well as how AI and big data analysis can enhance technologies used to diagnose the operation of power plants in Indonesia. Mitsubishi Power also promotes the adoption of biomass co-firing at Indonesia’s thermal power plants.

“A variety of approaches should work in parallel for the region to viably decarbonise, progressively introducing more renewable sources into the mix, whilst reducing carbon footprint in existing plants,” Ono said. 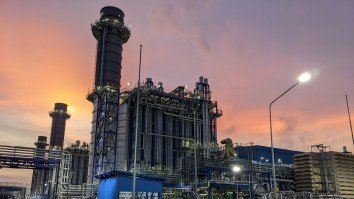 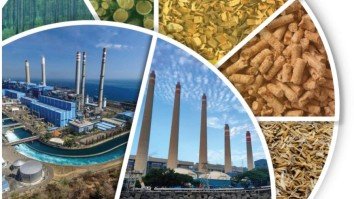 Apr 18, 2022
Proposal incorporates results from studies conducted since an industry-academia MOU was concluded in September 2020 Selected co-firing fuel components are wood pellets and a potential biomass fuel, which are abundantly available and stably procurable at low cost in Indonesia Existing thermal power facilities at Paiton Unit 1 and Suralaya Unit 2 earmarked for pilot study of co-firing with high biomass ratio
Read More >
Setting the Pace for A Cleaner 2022 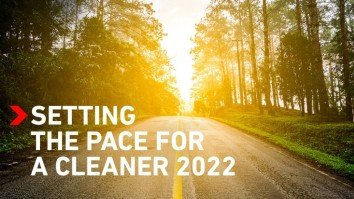 Setting the Pace for A Cleaner 2022

Mar 03, 2022
“Let’s have no illusions: if commitments fall short by the end of this COP, countries must revisit their national climate plan and policies. Not every five years. Every year. Every moment.” Those words by UN Secretary General Antonio Guterres echoed through the hallways of the COP26 climate conference in November 2021.
Read More >
Mitsubishi, ITB extend collaboration for Indonesia's decarbonisation solutions 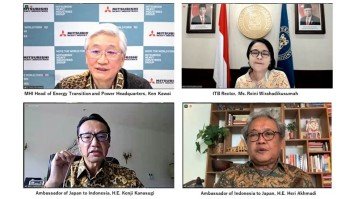 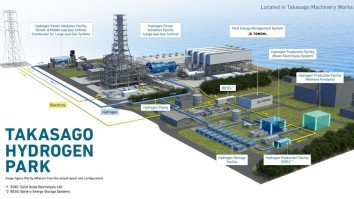 Feb 25, 2022
It will be located at the MHI’s Takasago Machinery Works facility in Hyogo Prefecture.
Read More >
Flexibility is crucial for a sustainable energy transition 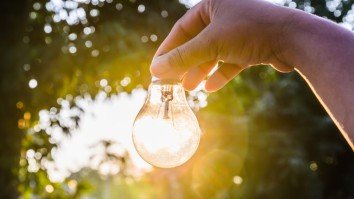 Flexibility is crucial for a sustainable energy transition

Jan 17, 2022
There has been a constant refrain in my conversations with customers and partners from around the APAC region: keeping electricity supply stable and affordable for end users is the top priority. From there, the chats often turn to how we can achieve this while also heeding growing calls to make power generation cleaner.
Read More >
Mitsubishi Power Introduces Global Network of “TOMONI HUBs”, Uses Artificial Intelligence to Improve... 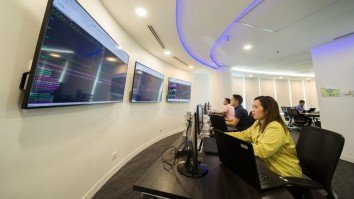 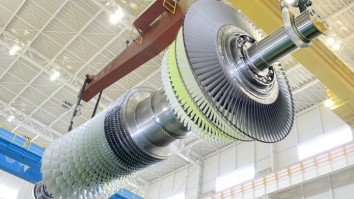 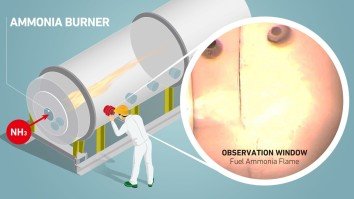 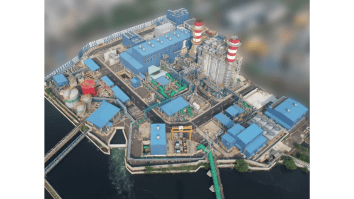 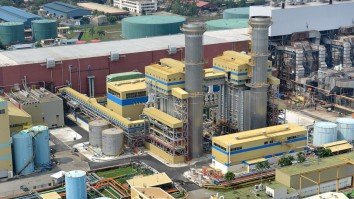 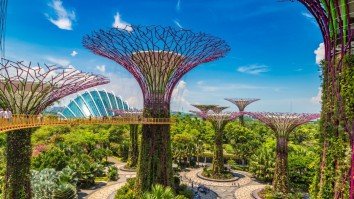 Jan 17, 2022
Climate action took center stage in Singapore’s recently announced budget, an acknowledgement by authorities that true societal progress can take place only when we care for the planet. A major item on the agenda, the Singapore Green Plan 2030 is a mandate for everyone with implications across businesses, communities and each of us as individuals.
Read More >
Powering up on maintenance to optimise energy plants 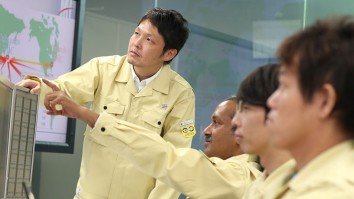 Powering up on maintenance to optimise energy plants