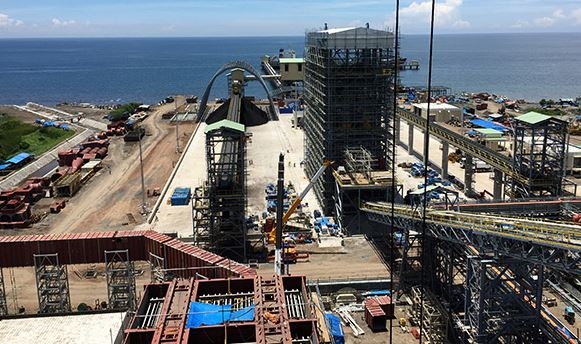 The country seems to be geared up to become increasingly green but where does this leave coal?

The solar gold rush in the Philippines is finally over, and the increase in new projects have slowed down on the back of a more rational approach rather than with a “build, build, build” mentality. This bodes well for the sustainability of the solar sector and for individual companies that aim for more steady and less risky projects.
Tony Segadelli, managing director, OWL Energy says that future growth in the renewable sector will consist of hydro, solar and biomass. Baseload energy will come from biomass, of which the main sources would increasingly be napier grass and straw waste. Meanwhile, solar energy will meet daytime supply, especially for peak demand. Hydro, on the other hand, will mitigate the risks posed by intermittent sunlight and solar grid instability.

Notably, OWL Energy sees huge opportunities in run-of river hydro projects in Northern Luzon and Mindanao. Projects in this sector have not been met with much resistance on the social and environmental aspects, owing to the fact that many of them are small scale and do not require dams and resident resettlement. Segadelli added that in fact, the local communities in and around project sites tend to be very supportive due to the availability of hundreds of jobs in the construction phase.

“OWL is rapidly increasing the portfolio of hydro projects it has worked on. To date these have been in Laos and the Philippines, however we are in discussions to perform similar roles in Myanmar. Our experience is that smaller projects, especially run of river, tend to be much easier to construct, are more abundant and give higher IRR to our clients and so this is expected to be a growing sector for OWL,” Segadelli said.

In the solar arena, Segadelli said that OWL has probably undertaken more projects in Southeast Asia than any of its competitors, with a growing presence in half of the countries in the region. OWL’s work on solar involves roles as Lenders’ and Owner’s Engineer and has expanded into EPC(M) although this is currently limited to the Philippines and Thailand.
OWL is also working on solar projects in Indonesia as Lender’s Engineer. Segadelli said that OWL is working for the Asian Development Bank (ADB), after the finance institution approved two loans totaling almost USD1.1b for Indonesia’s energy sector in general. OWL is working on four utility scale projects under construction, out of a total of six projects of the same kind in the entire country.

Under the mini-grid segment, Segadelli said that mini-grids are becoming more technically challenging and are also increasing in capacity due to the continued decrease of RE and battery costs. OWL’s mini-grid projects are all currently in the Philippines and include a combination of solar, batteries, biomass, and recips. According to Segadelli, the same approach may be transferable to Indonesia, Cambodia, and Myanmar.

In the midst of all these developments, Segadelli said that coal will not be pushed off the radar. In fact, it will continue to be a major provider of the region’s baseload power for years to come. Despite its reputation in the global community, coal has continued to grow in importance in Southeast Asia. For instance, Indonesia has been promoting a combination of ultra-supercritical and mine mouth projects and has recently amended contracts for a revenue-boosting permit system. Segadelli added that the Philippines continues to expand its coal base, Vietnam continues to develop coal projects, and Myanmar maintains coal plant development amidst news of otherwise.

“OWL is looking to be both on the developers and lenders side of these developments. In the Philippines we have worked on development, acquisitions and operational enhancement projects on CFB and PC power plants. Coal will continue to be a major provider of baseload power in SE Asia for many years. OWL is expecting to pick up development role work in Myanmar and the Philippines this year. After which we will focus on Indonesia and SE Asia generally,” Segadelli said.

Regardless of the type of energy, OWL stands ready to offer topnotch services for topnotch results. OWL will continue to focus on roles as Owner’s Engineer, Lenders’ Engineer, and Technical advisor on all four segments: hydro, solar, mini-grid, and coal. Segadelli said that where it makes sense, OWL will also work on EPC(M), which means that OWL will do the detailed design, provide technical inputs for the procurement phase, and manage construction as well as the overall process. Segadelli added that there will also be a likely increase in the use of batteries, either standalone or with intermittent generation sources.