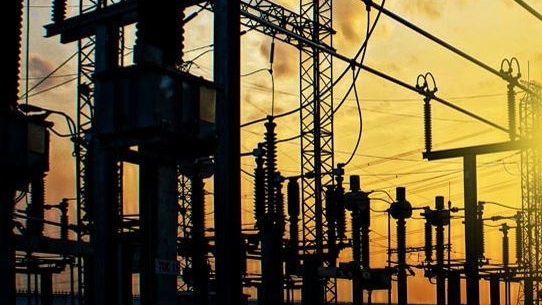 This could pave way for cheaper power, but hurdles surrounding profitability remain.

The Government of India’s plan to commission 450 gigawatts (GW) of renewable energy capacity by 2030 has set the country’s power market on a transitionary path. Ultra-low-cost renewables have already been extremely disruptive for the Indian power market.

Whilst the expensive and emission-intensive coal-fired power generation assets have been affected most by the disruption, some has also trickled down to India’s power distribution sector, wrote Institute for Energy Economics and Financial Analysis (IEEFA) Analyst Kashish Shah.

India’s state-owned power distribution companies (discoms) are now confronted with the challenge of adhering to contractual obligations of legacy coal-fired power purchase agreements (PPAs) whilst there is an availability of solar and wind power in the market at 40% to 50% cheaper tariffs than that of coal-fired power.

The response to this challenge by the discoms has been regressive to a large extent, IEEFA believed. Discoms have cancelled auctions that resulted in already low-cost renewables striking deals at even lower prices.

In some cases, PPAs have been cancelled or forced to be negotiated to bring tariffs lower than the signed PPAs. This has significantly derailed India’s near-term target of 175GW of renewable energy capacity by the financial year 2021-2022; the renewables capacity stood at about 100GW as of July 2021.

The Ministry of Power’s recent proposal of a market-based economic dispatch (MBED) mechanism for procuring bulk power to begin in April 2022 aims to optimise the country’s power generation resources. By moving away from just state-level pooling of resources and dispatching power through a central clearing mechanism, MBED aims to reduce power procurement costs by Rs12,000 crore (US$1.6b) annually.

A recent study from the Council for Energy Environment and Water found that the newer coal-fired power plants, commissioned between five and 10 years ago, had lower plant load factors in the 30 months leading up to the COVID-19 pandemic in India, despite having lower variable costs than some of the 20- to 35-year-old coal-fired power plants.

Similarly, plants younger than five years old operated at plant load that was 20% lower, despite having a lower variable cost than some of the oldest plants. The uncontracted capacity is, either, typically treated as merchant power and sold on the exchange or through other open market mechanisms

The open market transactions contribute about 10% of the total procurement of electricity in the country.

Discoms need to pay fixed charges to thermal plants for the capacity contracted, regardless of the amount of power drawn from the plant. The variable charges are only paid for the quantity of power drawn from the plant. Once the discoms have committed the sunk cost of the fixed charges, then it is about choosing the lowest variable cost for drawing power. So even renewable energy sources with zero-fixed charges but slightly higher variable charges would be more expensive than contracted coal-fired plants.

Discoms in India currently schedule generation on a day-ahead basis from amongst their portfolio of contracted generators. Self-scheduling has proven to be a suboptimal outcome for the power system in the country, with relatively higher costs being borne by ratepayers and, eventually, consumers. In some instances, it is also noted that the states have violated their own merit dispatch orders.

Self-scheduling restricts the discoms to share the generation resources across the country. This also leads to technical constraints on the amount of variable renewable energy (VRE) that a state can deploy within its boundaries. Centralised market-based scheduling and dispatch will ensure enlarging of the balancing area from the state boundaries to regional or national boundaries, bringing the desired flexibility for reliably deploying much higher levels of VRE.

As the market becomes more competitive, cheaper plants will get dispatched first, raising the stranded asset risk on expensive thermal power plants. The Indian Energy Exchange (IEX) has suggested an alternative mechanism of gross bidding to overcome the regulatory and structural changes required to implement the MBED model.

IEEFA referenced the example provided by IEX to explain the gross bidding mechanism: Assume that a discom has a demand of 500 megawatts (MW), has entered into a PPA with a generator, and contracted a capacity of 400MW at energy charges of Rs2.50 per kilowatt-hour (kWh).

As per the existing practice, the discom will self-schedule 400MW of capacity under the PPA and will look to buy the additional 100MW capacity from the open market. In the proposed gross bidding mechanism, the discom will place sell bids of 400MW at Rs2.50/kWh in the market and buy bids of 500MW.

The discom would ideally choose to buy the 400MW at a price equal to or lower than its contracted tariff of Rs2.50/kWh and the remaining 100MW at the best price available in the open market. Similar to the MBED practice, the settlement of capacity charges for thermal generators will happen on a bilateral basis between the discoms and the generators.

Depending on the demand and supply scenario, the sell bids of 400MW will get cleared and the generator will be despatched.

Consider a scenario where the MCP in the spot market is Rs3/kWh and the PPA tariff from the discom’s contracted generator is Rs2.5/kWh: Since the PPA price is lower for the contracted 400MW capacity, the discom will choose the contracted capacity at a tariff of Rs2.5/kWh. The discom will incur a procurement cost of Rs24m per day for buying power at Rs2.5/kWh and Rs7.2m per day for buying 100MW of capacity from the spot market.

In the gross-bidding scenario, the discom’s sell bid of 400MW will get cleared as it would be offered at a lower tariff of Rs2.5/kWh. On paper, the discom will sell this power to the open market and pay Rs24m per day to the generator while buying the additional 100MW from the spot market at a tariff of Rs3.0/kWh, incurring a cost of Rs7.2m per day.

Under either mechanism, the discom’s total power procurement cost turns out to be Rs31.2m per day. Hence, discoms neither gain nor lose in the scenario where MCP is higher than the PPA. The below table compares discoms’ gain and loss between the two mechanisms for different scenarios for tariffs from the open market and the PPA.

To get the discoms and the generators up to speed on this new mechanism, India’s Central Electricity Regulatory Commission has planned for a phased implementation. India’s largest state-owned power generation company, NTPC, will begin operating through the MBED route with its thermal generation fleet on 1 April 2022.