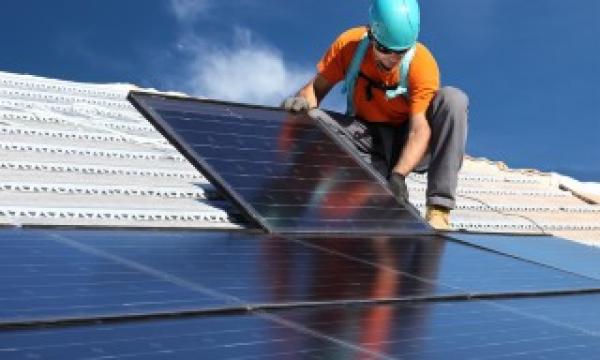 It is slated to be Taiwan's largest solar power project.

Equis Energy has been awarded a contract by Taiwan’s Ministry of Economic Affairs’ Bureau of Energy (BOE) to develop a 70.2 MW solar project in Chiayi County’s Yizhu Township.

The project will be Taiwan’s largest solar project and was part of a two-site public tender. Equis won both tenders, and in accordance with the auction rules was asked to select one of the two project sites. Equis chose the larger site, comprising 70.2 MW across 79.5 hectares of land.

Construction of the project is expected to begin in early 2018, and to begin delivering power by the middle of 2018. Under the government’s tender rules, Equis has a right to sign a 20-year PPA with Taiwan Power Company (Taipower).

David Russell, Equis Chairman, said, “As Asia-Pacific’s largest renewable energy IPP, Equis is pleased to be playing an important role in Taiwan’s transition to low-cost, clean energy. Taiwan is at a critical juncture in the development of its energy resources, and the award of the Chiayi solar project, after a very competitive bidding process, represents a significant step forward.”

The Chiayi County project will have a generation output of approximately 100,000 megawatt hours per year (MWh/year), collectively supplying power equivalent to the annual needs of 19,000 homes, and saving 56,000 tonnes of CO2 annually compared to same generation from coal-fired power, as well as 95 million litres of water. The project has been designed to preserve and restore the natural wetland habitats in the area and will include a state-of-the-art education centre with a focus on solar energy and ecological preservation.