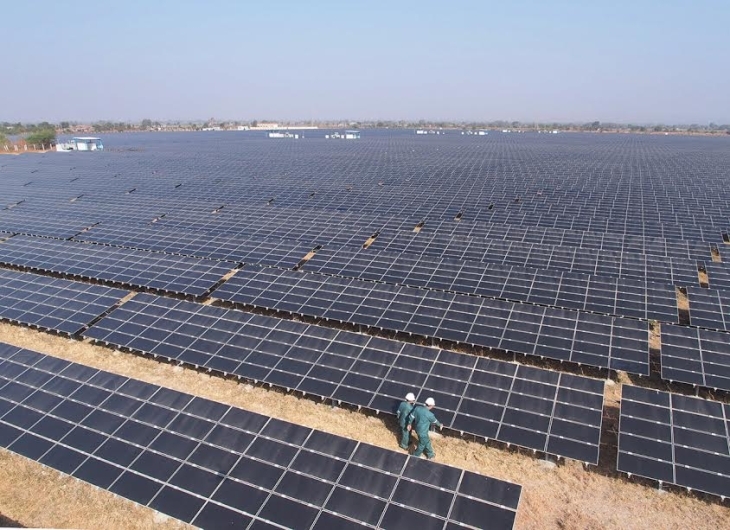 Whilst the amount of solar tenders plunged 25% to just 300MW.

Solar tender and auction activity in India had a steep decline in November 2017. According to Mercom Capital Group, the solar capacity tendered across the country during the month fell by 25 percent to 300 MW compared to the October 2017 total and the amount of solar auctioned dropped by 98 percent to just 5 MW.

“Hopefully, tender and auction activity has bottomed out. The GST issue is almost behind us and the government is asking DISCOMs to refrain from PPA renegotiations, even though the anti-dumping case is still looming,” said Raj Prabhu, CEO of Mercom Capital Group.

The largest tender seen during the month was issued by Karnataka Renewable Energy Development Limited (KREDL), the renewable energy implementing agency in Karnataka. KREDL re-tendered 200 MW of solar to be developed at the Pavagada Solar Park in Karnataka.

The Solar Energy Corporation of India (SECI) was responsible for the only solar auction held in November when it auctioned a 5 MW grid-connected solar PV project under the National Solar Mission Defense viability gap funding (VGF) program for the Ordnance Factory in Kanpur, Uttar Pradesh. Giriraj Renewables Private Limited emerged as the successful bidder by quoting a tariff of ₹4.18 (~$0.064)/kWh without VGF.

According to Mercom’s India Solar Project Tracker, cumulative solar installations in India surpassed 17 GW as of September 2017, with over 7 GW installed in the first nine months of 2017.

During August 2017, Mercom reported that the Ministry of Power issued the final guidelines for tariff-based competitive bidding process for solar projects. The guidelines address some of the challenges faced by large-scale project developers in India and aim to replicate the success of the REWA auction by including payment guarantees, longer construction timelines for large projects, and deemed generation benefits. Also included in the guidelines was a provision for an intermediary procurer and clarity on the change in law clause.

Following the recent lull in tender activity, MNRE revealed that it is preparing to announce a spate of tenders for solar projects over the course of four months starting in December 2017. The tenders aim to help the government reach its goal of installing 100 GW of solar capacity by 2022.