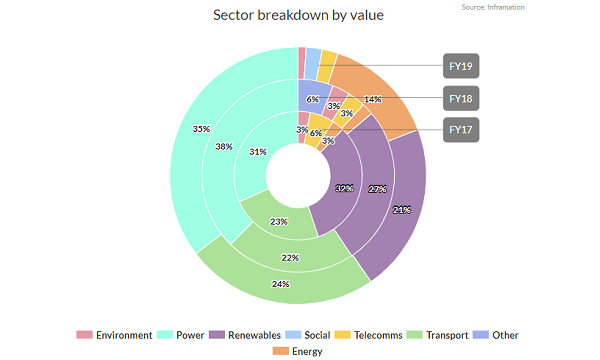 The power sector took up the biggest chunk of Southeast Asia’s largest infrastructure projects in 2019 as transport developers eschewed their plans amidst political and regulatory risks. According to Inframation and SparkSpread's 2019 League Tables, big-ticket energy deals like the $1.1b refinancing of the Mong Duong 2 plant in Vietnam pushed the region’s total transaction value to $21b, above the $20.9b figure in 2018.

David Zemans, a partner at law firm Milbank, said that a tested commercial structure allows export credit agencies and commercial players to participate together in power projects. Southeast Asia's largest transaction in 2019 was the sale of a 69.11% stake of ENGIE’s Thai IPP portfolio, Glow Energy, to Global Power Synergy Public for $3.87b. The transaction was followed in the ranking by the development of Vietnam’s 1,320MW coal-fired Van Phong 1 power plant for $2.58b.