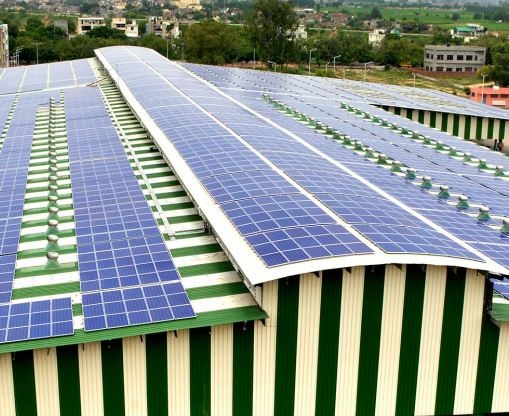 These are for solar and wind power generation.

Andhra Pradesh recently became the latest state to notify forecasting, scheduling and deviation settlement regulations for solar and wind power generation. According to Bridge to India, it joins Karnataka, Chhattisgarh, Jharkhand and Uttarakhand, who have already announced these regulations.

Six other states including Rajasthan, Gujarat, Madhya Pradesh, Tamil Nadu, Odisha and Manipur have announced draft regulations. Together, these states account for about 70% of operational and under development solar capacity.

The primary objective of the new regulations is to make generators more accountable through enhanced forecasting requirements and penalising them for deviation. Once operational, this should help facilitate large scale grid integration of intermittent renewable power while maintaining grid stability.

Here's more from Bridge to India:

Industry experts believe that compliance cost for a single project, including penalties, may be around INR 0.02/kWh.

Generators can comply with the regulations on an individual basis or on a ‘virtual pool’ basis by joining others. The regulations are highly desirable and developers would happily bear additional compliance cost in return for reduced curtailment risk.

The national power regulator, Central Electricity Regulatory Commission (CERC), first announced a regulation for deviation settlement mechanism back in 2014 and has made three subsequent amendments.

Under the new Andhra Pradesh regulations, power generators are required to provide State Load Dispatch Centre (SLDC) with day ahead and week ahead schedule in 15-minute time blocks with effect from 1 January 2018. They can revise their schedule once every ninety minutes – maximum 16 times a day for wind and 9 times a day for solar power. Penalties are proposed for deviations exceeding 15%. For deviations above 15%, penalties can be as high as INR 0.50-1.50/kWh.

Forecasting and scheduling regulations are commonplace in most of the western countries. As a result, there is abundant and growing expertise in technical and statistical modelling techniques, which can be replicated in India. Compliance will entail investment in new systems, upgradation of IT infrastructure and potential cost of penalties. Industry experts believe that the compliance cost for a single project, including penalties, may be around INR 0.02/kWh.

Generators can also come together to form ‘virtual pools’ to minimise group level deviations and reduce penalty cost risk. New plants expected to be commissioned after 1 January 2018 will not be allowed to commence commercial operation without the required forecasting mechanism in place.

The regulations may be seen as a new operational and financial burden for the sector but are an acknowledgement of its growing importance. Developers would be happy to bear this compliance cost than face greater risk of curtailment. We believe that these regulations are highly desirable as better forecasting and scheduling will enable integration of growing renewable capacity and pave way for future growth.