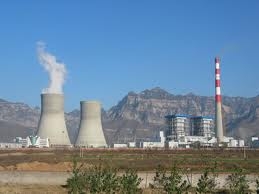 The Ministry of Coal has been forced to step in and help expedite the commissioning activities at the site of the 250 MW Barsingar thermal power project, which is being operated by Neyveli Lignite Corporation.

The situation seems to be spinning out of control for NLC, which has so far struggled to push BHEL, the contractor for this project, to stick to the deadline promised on repeated occasions.

With BHEL failing to keep its commitment that it will commence commercial operations of the Barsingar thermal power project by end of September 2011, NLC is now facing a severe financial crunch to conclude the ongoing activities.

Not only this, with NLC forced to postpone the date of commissioning once again for both units, the cumulative expenditure incurred with each passing month has exceeded the level of sanctioned cost for the project. The project costs are now being revised and will be submitted to the coal ministry for further approval.

The equipment major fell short of its generation target during the 4 month period from April to July 2011. Out of a massive target of 476 million units, only 36.35 MU could be achieved. In addition to this, the modification works for the second unit are progressing very slowly.