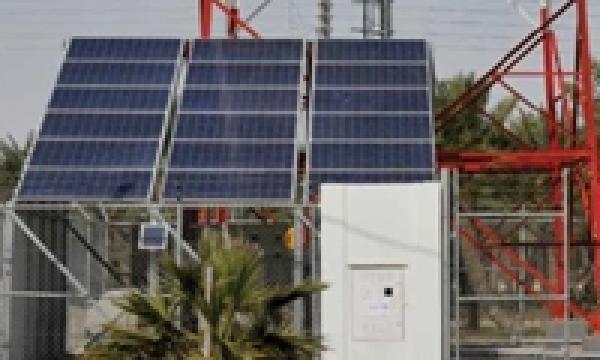 A step less of carbon footprint

In the latest report released by the U.S. Energy Information Administration (EIA), countries from Asia and Oceana have an accumulated carbon dioxide emission of 13,238.316 million metric tons. China is reported to account for 78 percent of the total coal-related carbon dioxide emissions from the data gathered from 2007 to the projections in 2035. India has a total of 1.4 billion metric tons in the same 2035 projections.

Following the Kyoto protocol, where 192 countries are currently participating, environmentalists and governments around the world aim to reduce greenhouse gas emissions by fifty-five percent of the 1990 data by 2012.

The EIA report stated that majority of the carbon emissions came from energy consumption. Consequently , the burden to lessen carbon footprint is unloaded to companies especially those in the energy sector. Alcatel-Lucent, the leading supplier of mission critical communications solutions to the utility industry, among other segments, delineates three sample strategies that it employs to reduce carbon emissions and other greenhouse gases.

Alcatel-Lucent is founding member of GreenTouch, a consortium with 45+ members including top Information and Communications Technology (ICT) industry, academic and non-governmental research experts who are devoted to transforming communications and data networks eventually reducing carbon footprint of ICT devices, platforms and networks. Launched in January 2010, it aims to achieve a 1000-fold improvement of ICT networks. With it, Alcatel- ucent is looking to reduce the energy consumption of its communication products by 3 orders of magnitude. A bold but achievable endeavor, it hopes GreenTouch will specify by 2015 the network architecture and demonstrate key components needed to dramatically increase network energy efficiency.

GreenTouch harnesses expertise of the entire ICT industry to create technologies that will be at the centre of sustainable networks for the upcoming decades. Within only a year, GreenTouch has already presented a first technology proof-of-concept, a large scale antenna system that demonstrates the decrease in energy consumption with the increase in the number of antenna elements.

Alcatel-Lucent also works with cellular network operators to use alternative sources of energy for their Base Station antennas. This option will expand their reach beyond that of electricity grids. Vodafone, for example, in its Qatar network, received Alcatel- ucent’s first hybrid Base Station in the country, with an integration of solar and wind energy. This takes advantage of the fluctuating yet complementary weather conditions while reducing operational costs and carbon footprints of the sites. By replacing the diesel generators, the alternative energy solutions enabled autonomous power without dependency on fossil fuels. In this area, Alcatel- ucent serves as a mediator between the alternative energy and telecoms sectors.

Smart grid
Finally, Alcatel-Lucent is involved in a number of smart grid projects with objectives to make customers more aware of their energy consumption. This smoothens out the peaks of demand common in the energy network. Demand management techniques such as adjusting the air-conditioning across a city area by 1 degree can save a utility production capacity and the consumer the steep costs that accompany the supply on such peaks of demand. It also reduces fossil fuel consumption. In the area of smart grids, Alcatel-Lucent develops innovative data management for the increasing volume of data in the clients’ IT systems to turn them into useful, real-time information. Such solutions can help them manage the supply and demand in their network as well as maximize their assets.

Also, Alcatel-Lucent is working with utilities to help ensure that intermittent renewable energy sources, such as wind and solar, can be readily monitored and controlled by the utility. One of the challenges of renewable energy sources is that they tend to connect towards the periphery of the energy network, where operators normally have few or no controls built into their networks. Having intermittent conditions, there exists possible voltage and power instability in the remoter networks. The operators therefore need to extend their measurement and control to these sources.

These different initiatives can sum up to significant changes in the environment. Alcatel-Lucent is in the forefront of communications for the industry while retaining its responsibility for lessening carbon footprints and impacting change to secure the world’s future.