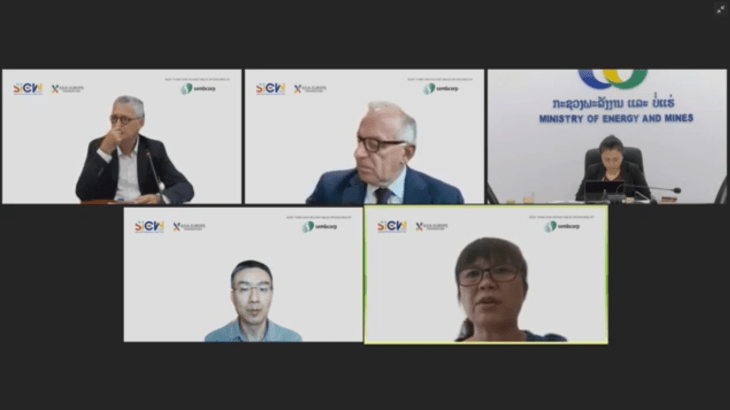 A proposal to impose carbon pricing worth $75 per tonne on average by 2030 could lead to a “huge shock” to the economy that is comparable to oil shock in 1974, the Asian Development Bank (ADB) said.

During the Singapore International Energy Week, ADB Principal Economist Lei Lei Song said that whilst carbon pricing is necessary to advance the transition to the green economy, the proposed carbon pricing is such a big number.

Assuming that a $75 per tonne pricing is implemented, Song said the 36.4 gigatonnes (Gt) of carbon emissions generated in 2019 would be equivalent to 3% to 4% of the world’s gross domestic product (GDP) in the same year.

“We have already seen some indication signals from the global shortage of gas and coal. And with such a big negative shock to the economy then definitely, unfortunately, it will represent a huge structural shift in the world economy,” he said.

Further, Wong pointed out that along with this comes a structural shift in jobs, which could either be displaced as carbon-intensive industries are hit by the transition, or created as the green economy expands.

Based on estimates, Wong said the renewable energy sector is expected to create some 24 million jobs by 2030. He, however, noted that much still needs to be learned on how many jobs will be lost in carbon-intensive industries, both in manufacturing and services.

In this light, he raised the need to invest also in retraining people as he expects the green economy to be highly service-oriented.

“It needs a lot of services, not only to service those final products, but also service for these energy sources because our new green energy might be a very distributed and decentralised source,” he said, citing the installation of solar power for instance. He added other renewables, such as wind and hydrogen, may eventually require more service as it is likely to become widely distributed in the future.

He also expects small and medium enterprises to be at the forefront, in terms of providing these kinds of services.“They have a comparative advantage against big companies because they can provide localised, tailored services and can respond really fast to each of the consumers,” he said.

On the part of ADB, Wong shared that it is working on an energy transition mechanism, which will accelerate the transition from coal to cleaner energy in Southeast Asia. He explained the initiative will combine concessional financing resources and commercial financing to retire coal generation assets earlier and to later reinvest in renewable energy.

The ADB has also raised its climate financing for developing member states to $100b from 2019 to 2030 from only $80m previously. Wong noted this is a significant share of ADB’s investment in the region.

Jen Tan, Sembcorp Industries’ head of Integrated Solutions, Singapore and SEA, raised the need to put more emphasis on general work, noting that whilst clean energy is not as complicated as coal, it is easy to commit mistakes in renewables.

Tan said good installations have been seen in countries, like Vietnam, but there are instances where the installation is subpar and can be likened to building lego blocks.

“I think that is something that we need to be worried about because the more you have of that and the more safety and fire incidents that you have, the more it will make people very defensive towards solar in the country,” she said.

Moreover, in the case of Luxembourg, as shared by its ambassador to Thailand, Jean-Paul Senninger, state intervention was instrumental in how it ushered workers through the transition.

“Because if you lose jobs in the old economy, and you do not start retraining your people early enough in the process, you lose them forever. And then you do not only lose jobs, you not only lose economic possibilities, but the society as a whole loses heavily in not taking all its members along on the journey to the new economy,” Senninger said.

He added that the cost incurred in retraining were offset by savings in other aspects, making it bearable both for the private and public sectors.