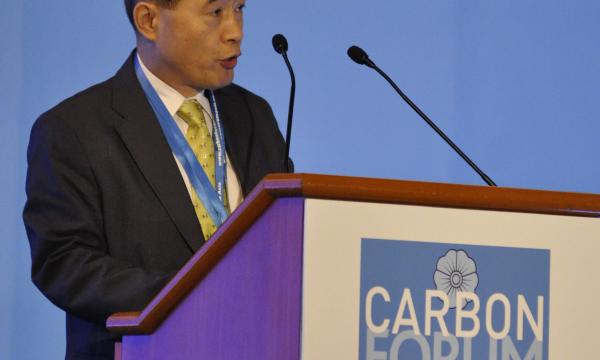 Asia taking over leadership in clean energy investments from Europe

Clean energy is now more than a fad and it is becoming a commitment for everyone in the region including ADB which re-affirms commitment to increase financial support to clean energy investments to $2billion a year by 2013 from $1.8 billion last year.

Speaking at the Clean Energy Expo, Gil-Hong Kim, director for sustainable infrastructure division, regional and sustainable development department of ADB said that investments in clean energy in Asia are now higher than ever before.

“Experts predict that our region will become the top destination for clean energy investment in no time. These are very encouraging investment numbers and they are expected to increase,” he added.
Asia is confounded with the twin challenges of urgent need for greater energy security and the threat of climate change but despite the challenges ADB has very optimistic forecast for Asia.

In response, countries in Asia, according to Mr. Gill-Hong have begun a steady shift towards low-carbon economies.

“For instance the adoption of renewable technologies is currently spearheaded by China, India and the Republic of Korea where the transition to the state-of the art wind systems happened within less than 10 years. Solar technology is also expected to take off, albeit at a much slower pace, and we see India as a significant player in the development of this technology,” he said.

At ADB’s end, the agency launched the Asia Solar Energy initiative to help develop 3,000 MW of solar electricity by 2013 across the region to help bring solar energy to grid parity, making it economically competitive with electricity from coal-fired plants.

ADB’s Quantum Leap in Wind Initiative meanwhile aims to develop untapped wind resources in Mongolia, the Philippines, Sri Lanka and Vietnam to reach a target of an additional 1 GW installed generation. These initiatives will contribute to ADB’s overall target to reach $2 billion a year in clean energy investment by 2013.