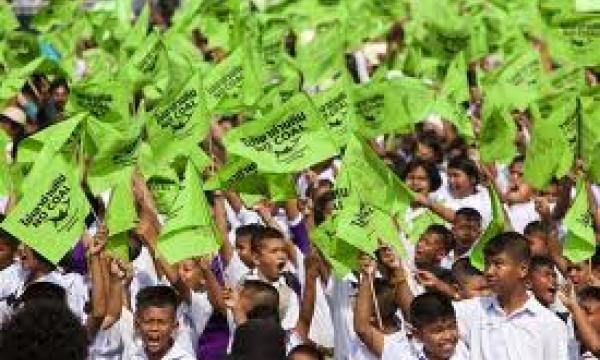 Myanmar has halted construction of a 4,000 megawatt coal-fired power plant following an outcry over its environmental impact.

The project was scheduled to be built at the multi-billion dollar Dawei Special Industrial Zone  by Thailand's Italian-Thai Development Pcl.

"We made the decision to halt this project after reading the concerns about the environmental impact of this plant in local media reports," Khin Maung Soe, one of Myanmar's energy ministersy.

He said the government still had to decide whether to continue with a smaller 400 megawatt plant.

The Italian-Thai Development unit spearheading billions of dollars of investment in the industrial zone said it had not been notified by the government and was confident the powerplant would still go ahead, perhaps using natural gas instead.

"If they don't want coal-fired power plants, we have to look for other fuel sources. It could be natural gas, and we'd need to discuss how to supply that," Somchet Thinnaphong, managing director of Dawei Development Co, told Reuters.

The decision to put the brakes on the plant follows the suspension last October on environmental grounds of the Chinese-led, $3.6 billion Myitsone dam, a move that stunned China -- Myanmar's biggest ally -- but won President Thein Sein political credit among sceptics at home and abroad, who have doubted his government's commitment to reform.

Like Myitsone, Dawei has been strongly opposed by local residents and environmental groups.