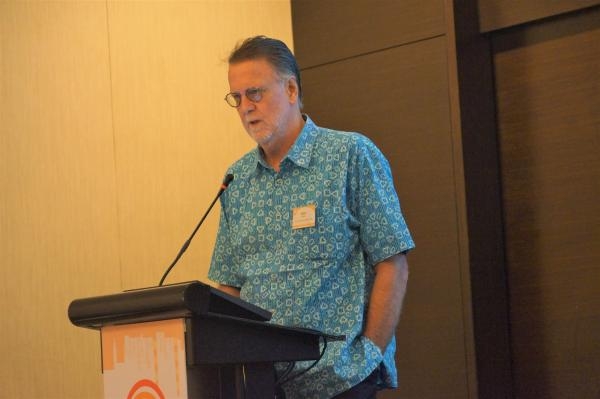 State power utility PLN and other gas companies are looking to procure facilities for breaking liquefied natural gas (LNG) and distributing it to Kalimantan, Sulawesi, and other islands in Eastern Indonesia.

Indonesian gas company PT Energi Nusantara Merah Putih (ENMP) is developing an LNG bulk-breaking terminal on the regency of Bantaeng, which would be the first of its kind in Eastern Indonesia. The firm is banking on the growing electricity demand brought about by four nickel smelters being developed in the region and its status as a Special Economic Zone.

“In 2019, there will be 1.5GW of existing capacity across Eastern Indonesia that will need 101.7 billion cubic feet a day of gas. By 2025, it will be 2.5GW thanks to planned projects or projects in execution as we speak,” said Bret Mattes, vice president for gas of ENMP’s consultant Numada, at the Asian Power Utility Forum in Jakarta.

In order to hit this capacity forecast, there are 15 planned receiving stations in Eastern Indonesia that will be supplied by LNG liquefaction plants. But despite the bloated pipeline, PLN and gas companies have to first resolve the existing issue of duel fuel generators, which are not fully serving their purpose.

“Those facilities will need that amount of gas (101.7 billion cubic feet a day), if they were being run on gas,” Mattes said. “They can run on gas or diesel. To date, they haven't generated a single electron using gas,” he added.

Low utilisation capacity
The existing generator sets have low utilisation capacity, which is currently below the typical 80%. “The daily low curves are up and down, and it makes it difficult to average more than 50% in most of the areas where these plants are located. The areas served have limited purchasing power,” Mattes added.

Moreover, Mattes said that there's a “cynical view” that PLN may have an incentive not to grow its business in Eastern Indonesia if the tariff that they're receiving is below the cost. “Because they're using diesel, they're always losing money. There's no incentive to take the capacity factor up to be more efficient or to use the grid more efficiently,” he added.

The levelised cost of power using diesel is about 60 cents per kWh. “It's losing vast amounts of money on this deal,” Mattes said.

However, Mattes argued that PLN can raise the utilisation capacity to 80%. Continuous and reliable power will release pent-up demand for electricity, he said. “Demand must be shifted from diesel gensets in the newly served areas in order to realize PLN’s strategy.”

In order to meet this demand growth, Indonesia has to move away from gensets. Mattes laid out potential infrastructure that can be built across Eastern Indonesia in the coming years. He raised the possibility of using receiving stations for plants with over 50MW capacity, which could have one to four storage tanks of 2,000-5,000 sqm of gas. "Small-scale regasification is relatively cheap and efficient," he said.

Delivering to these stations will require small vessels served by Floating Storage Regasification Units (FSRU). "A typical purpose-built LNG vessel for eastern Indonesia might have 2x5,000 sqm and 2x4,000 sqm for a total capacity of 18,000 sqm," Mattes said.

With these facilities, Mattes said that the total cost across the LNG supply chain could be fall within the range of 9.8-16.8 cents/kWh, with illustrative fuel costs at 7.6-13 cents/kWh. “In Java, that would be an extremely onerous fuel cost, but keep in mind that the fuel cost that PLN is invoking at the moment for that 2.5GW of power is more like to 50 cents. In order of magnitude, different,” he added.