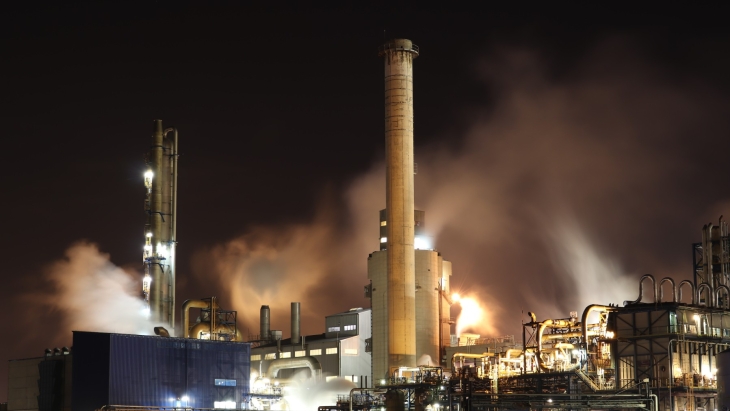 The NFE project is the only significant LNG investment recorded amidst the clean energy transition.

The quest towards renewable energy has driven funds away from natural gas with no new significant investment seen in the industry, save for the capacity expansion of North Field in Qatar, which, as industry experts warned, could threaten the clean energy transition itself.

According to Temasek subsidiary, Pavilion Energy, the gas and liquefied natural gas (LNG) industry has not received any major funding aside from the North Field Expansion (NFE) project, which was awarded in 2021 and is expected to start production by 2025. The NFE is meant to increase its capacity by some 30 million tonnes.

“If we continue to demonise natural gas as part of a general attack on hydrocarbons, we will not have the investments and we will continue with the energy crisis that we're suffering from this winter... which usually brings about higher prices,” Tellurian Vice Chairman Martin Houston warned.

Pavilion Energy CEO Alan Heng echoed the same concern during the Singapore International Energy Week. He emphasised that low gas prices driven by the pivot away from fossil fuels, especially natural gas, have reduced not only the investments but also the maintenance of the plants. He flagged this as a concern, considering that LNG projects take time to build and new projects in the pipeline are limited.

“We have built a system of energy production, gas, oil or coal, processing facilities, liquefaction plants, terminals, regasification plants, refineries, storage, and transportation over decades. That system has served us well. However, these systems need to remain resilient even as we make the necessary energy transition,” Heng said.

“Even if we pay attention and give investments into renewables in carbon abatement technology, we must balance this with development and support of the use of natural gas, at least until such time that renewables are ready to play a greater role and a more stable role in our energy mix.”

Why switch to natural gas?

Heng noted that coal use is estimated to have increased by 20% in 2021 as countries revert to coal and oil-fired power generation to move away from the high price of gas. In this light, the priority of industry should gear at creating more coal-to-gas switching projects in the short-term; and, eventually, at allowing a gas-fired generation to be able to integrate with renewables.

He further said the Japan Korea Marker (JKM) benchmark price for spot LNG was trading at around $35 per Metric Million British Thermal Unit (MMBtu) for December, which was over 500% higher than the $6 per MMBtu recorded a year ago.

In addition, the European gas benchmark GTF also reached a high of €160 per megawatt per hour (MWh) in recent weeks, whilst JKM was as high as $50 per MMBtu. Heng noted these prices are equivalent to crude oil being sold at a price of more than $200 per barrel.

“This is a level that’s never been seen before in the industry,” Heng said. Meanwhile, Houston emphasised the need to recognise that it is nearly impossible, if not at all, to eliminate hydrocarbons from the system because of the lack of alternatives today.

He raised the need for a sensible transition, supported by policy for natural gas. In a report, the International Energy Agency found that overall coal-to-gas switching provides some 8% emissions reductions, which is necessary for the sustainable development scenario.

Houston added that as the only sustainable partner for the transition, natural gas will all the more need investments due to the high chances that it will be the last hydrocarbon in the system.

He further pointed out that some 200 million tonnes of carbon emissions annually will be taken away if half of the coal generation is replaced by LNG or natural gas.

“If we replace all of coal by 2030, which is entirely doable by the way, carbon emissions would fall by 3.6 giga tonnes. We are talking about massive impact here,” Houston said.

“So, whilst I recognise that there are many, many technologies at play, there are many new opportunities for green hydrogen, which I fully support and subscribe to, but we can't tackle those until we tackle the big elephant in the room, that is coal-fired power generation.

“The price volatility of natural gas is not normal.”

Heng shared they have committed with three major LNG suppliers to develop a greenhouse gas methodology for LNG cargo supplied to Pavilion Energy in Singapore. The outcome would be a statement of greenhouse gas emissions accompanying each cargo delivered into Singapore.

“The transparency around emissions will lead the way in helping us decarbonise along the value chain and contribute to a lower-carbon future,” he said.