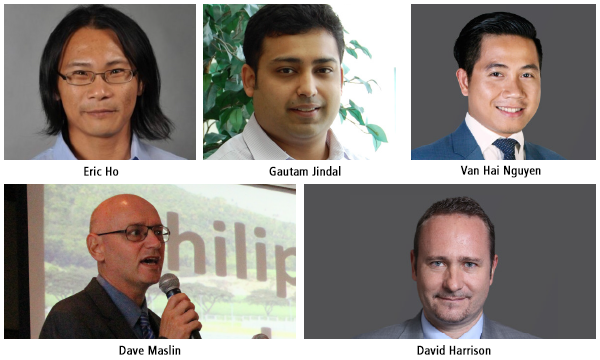 The solar boom may be fizzling out in some countries, but definitely not in Southeast Asia.

When forecasters proclaimed slower solar photovoltaic (PV) installations worldwide this year as developed markets near saturation, it put investors under even more pressure to determine whether Southeast Asia would be the next fountain of solar growth. Analysts see the potential of this region of roughly 600 million people, especially as governments and developers have started to untangle the web of strict regulations, outdated technology and poor infrastructure that has been constricting investment in Southeast Asian solar projects. But the sheer amount of work to be done puts the region a long way off from reaching a solar renaissance.

“As renewables markets mature, renewables investors are looking to new markets for their next source of growth. Solar PV generation has great potential and has been the most attractive renewable energy source amongst the Southeast Asian nations,” said Eric Ho, director at Renewable Energie Singapore. “Growth prospects are tremendous in Southeast Asia with a combination of fast-growing economies with resulting investment in manufacturing, transportation and energy infrastructure, rapid growth in electricity demand and good solar resource,” he furthered, noting that annual solar radiation levels in the region ranges from 1,460 to 1,900 kWh/m2 per year.

Feed-in tariff (FiT) schemes have been instrumental to solar PV growth in Southeast Asia. In Thailand, which is by far the largest producer of solar energy in the region due to strong government support, solar capacity has leaped in the past three years: From 1,299MW in 2014, and 2,021MW in 2015, to over 2,800MW in 2016, which is higher than those of all other Southeast Asian countries combined. Thailand is not looking to slow down its solar PV expansion anytime soon with a target to install 6,000MW by 2036. The country is also becoming a regional role model for Southeast Asian nations that are starting to scale up their programs.

“Because of Thailand’s experience with large solar farms and its promoting policies, it forms a hub for PV testing services and a source for information. Solar energy projects are offered the highest feed-in tariff (FiT) subsidies,” stated Ho. “In the past years, several FiT programs for smaller solar energy projects were created with very attractive rates. By giving the highest FiTs to the smallest producers, the government aimed to promote green energy communities and small-scale rooftop programs.”

Investors are also flocking to the Philippines, which until a few years ago had no solar industry until the country launched its FiT program. Installed solar capacity kicked off at 62MW in 2014, climbed to 108MW in 2015, then soared to 903MW in 2016 as 17 additional projects were awarded that year. This fast pace of expansion made the Philippines one of the the top 10 markets in the world in additions. “The FiT program drove solar PV development in the Philippines into high gear,” Ho noted. “Solar PV is expected to reach 3 GW of utility solar by 2022.”

Dave Maslin, country manager for OWL Energy, reckoned the FiT process generated investor excitement when it was first unveiled but it was far from perfect. For one, the process had issues in transparency and guidance. After securing a service contract and Department of Energy (DOE) approval on its commerciality, the project developers were caught in a limbo: It had no obligation to proceed but had the go-signal to begin construction.

“No one knows what’s going in this stage, because during this period you don’t have to tell anyone what is happening,” said Maslin, explaining that whilst listed corporations were bound to tell their shareholders, private firms can wait until the construction is 80% complete before inviting the DOE for inspection. Despite these imperfections, the government was emboldened by the positive turnout of the first FiT program. It raised the target to 500MW and created the second FiT program. “Investors got really excited, but there are a few sticky points in this. There was no clarification on what happens in excess of this new target or whether the target referred to DC power that is constructed in terms of panels or AC that the grid purchases,” said Maslin.

Singapore: No room for growth?

Southeast Asia also benefits from the presence of a solar technology leader in the form of Singapore. With regional cooperation on the rise and Singapore’s significant allocations to renewables research and development — it allocated more than US$700m to strengthen innovation capacity in clean energy, smart grids and energy storage — technology and knowledge exchange should start to flourish. But on its home turf, Singapore is facing an uphill battle on how to foster solar PV growth amidst land area limitations. The nation has a small land area of 719 sq km, of which only 45 sq km is usable for solar PV installations, according to Gautam Jindal, research associate at Energy Studies Institute, National University of Singapore. The country is exploring offshore installations such as multimillion-dollar floating solar projects on its reservoirs. Late last year it debuted the world’s largest floating solar PV cell testbed at Tengeh Reservoir in Tuas.

“As a highly dense city state with limited space for solar deployment, Singapore is placing emphasis on building up urban solar capabilities which include floating solar as a key focus area. Singapore is also positioned as a living lab for companies to test and commercialise innovative urban solutions,” noted Goh Chee Kiong, executive director for cleantech at EDB, which led the initiative together with the national water agency PUB, was quoted as saying during the project unveiling.

One of these urban solutions is energy storage, which can help incorporate increasing solar output into the grid by addressing its solar energy’s inherent limitation as an intermittent generation source. “It is something that’s been said in the open, and it is going to happen,” said Jindal, noting remarks by the trade and industry minister that Singapore can now incorporate 1GW of solar PV, up from 350MW in 2014. When asked what other moves Singapore can undertake to strengthen its local solar industry, Jindal suggested reducing dispatch intervals to match global best practice to encourage the use of energy market for low frequency variability rather than having to use regulation or reserves. “Most markets in the US and Australia, for example, go for 5-minute intervals for dispatch rather than having an hourly or half-an-hourly dispatch,” he said. Jindal also recommended pushing for shorter gate closures that can improve forecast accuracy, adopting a more dynamic process to determine regulation, and incentivisation of and improved policy consultation for energy storage systems.

In Malaysia, net metering scheme has emerged as a supportive growth complement, and eventual replacement, to FiT. The country introduced the net metering scheme (NEM) last year with 500MW targeted in 2020 in Peninsular Malaysia and Sabah. It then introduced guidelines earlier this year that outlined who would be eligible to apply (registered consumers of distribution licensees that are on good bill payment standing) and what PV systems will be accepted (rooftop and garage panels, car park systems and other similar buildings are accepted, but ground-mounted systems will be assessed individually).

Overall though, the NEM is seen as a smart move to fuel the Malaysian solar market’s ambitious aspirations. The country wants to roughly quadruple the current 338MW solar PV capacity installed to 1,356MW by 2020, which it hopes is enough to make it the second largest producer in the world.

Malaysia is embarking on NEM “as an attractive method to drive solar energy growth” says Datuk Seri Dr Zaini Ujang, secretary general of Malaysia’s Ministry of Energy, Green Technology and Water. “With the NEM in place, consumers can generate their own electricity with one meter installed and sell excess power to the national utilities,” said Ho, adding that Malaysia’s overarching policy framework for clean energy development has provided “a strong foundation for significant deployment of renewable energy and energy efficiency.”

The importance of a sound policy framework, especially in wooing investors and fostering sustainable growth, is coming to the fore in Vietnam and Indonesia. Both countries are experiencing growing pains when it comes to finding the right approach to spurring solar PV to hit their ambitious long-term targets and ensuring cheaper and wider access to electricity for all. In June this year, Vietnam saw the implementation of a critical policy for solar power project development and private investment in the form of Decision No. 11.

The FiT for grid-connected projects at the delivery point was approved at 2,086 VND/kWh or 9.35 US¢/kWh, exclusive of VAT, for solar cells and modules that reach more than 16% and 15% efficiency, respectively. Ho explained that tariff is adjustable for foreign exchange fluctuations in accordance to the standard power purchase agreement, which has a 20- year term with EVN as the sole buyer. For investors, this represents incentives in investment capital mobilisation, import duty exemption and tax reduction.

The Decision also provides for a net-metering scheme for certain rooftop projects, with a scheme that award credits to owners that generate more electricity that they consume, and allowing those credits to be carried over to the next payment cycle or even sold to EVN at the FiT rate at the end of the PPA. Like its Southeast Asian neighbors, Vietnam is looking to build its solar PV industry at a fast and furious pace. It installed approximately 4.5MW of solar PV capacity at end of 2014, 7MW at end of 2015, and a target of 850MW by 2020.

“Decision 11 left many details unaddressed and given the un-bankability of standard PPA for wind and biomass, industry pundits are not expecting much from the solar standard PPA,” said Ho.

“Policy is not that big of a difficulty as the strategic challenge to muster the political will to put policy into practice while effectively adapting it to evolving situations. Large scale solar investments are highly FiT sensitive. The challenge is to find an appropriate FiT level which still attract investments while maintaining grid stability in a rapidly declining solar price environment,” he added. Meanwhile, Indonesia approved a new renewable energy law that changes the remuneration tariffs for renewable energy projects, and brings hope on higher solar PV adoption, which until has been “slow and uneventful,” said Ho.

“Stringent regulations, tariff uncertainty and more lucrative alternatives have left the solar sector grossly underdeveloped,” he added. “Currently only about 27MW solar capacity was installed, with a majority from state-sponsored power plants, the remaining capacity are small projects and home rooftop systems.”

The recent tariff cuts have cast doubts on the prospects of future large-scale solar projects, Ho noted.The new law provides that the FiT cap is introduced based on the average electricity supply costs of the region where the renewable power project is to be developed. Where a region has supply costs above the national average, the FiT will be capped at 85%, but if these supply costs fall lower than the national average, then the renewable energy project will receive a FiT equal to the regional cost.
Taking into consideration the national average supply cost in 2016 was 13,307 IDR/kWh or 7.4 US¢/kWh, Ho says the new decree implies a significant reduction in solar PV technology tariff from the previous FiT.

“The new law puts solar power in direct competition with coal-fired power plants being the predominant form of power generation in Indonesia, making it extremely challenging for solar.” For Kirana D. Sastrawijaya, partner at Baker McKenzie, the new law seems geared towards supporting more smaller-scale solar PV projects and spreading those in more far-flung areas of the archipelagic nation.