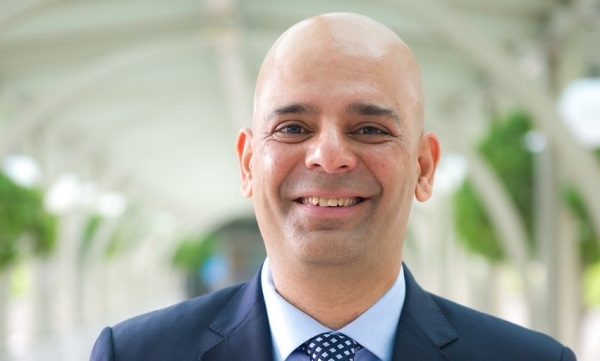 Over the expansive reservoirs of Vietnam’s 175MW Da Mi hydropower plant lies arrays of floating solar panels that catch sunlight and transform it into energy that sustains the power stations even during the dry season. The 47.5MWp floating solar plant, developed by Vietnam Electricity (EVN) subsidiary DHD, is now the first large-scale floating solar project in Southeast Asia.

To get the project off the ground, DHD tapped into the Asian Development Bank (ADB) and got a $37m loan facility for it to install the panels. The project was completed in a span of two years. Jackie B. Surtani, ADB’s director of Infrastructure Finance - East Asia, Southeast Asia and the Pacific, shared to Asian Power about how the loan was backed on a non-sovereign basis as Vietnam leans into private sector funding, DHD’s plans to expand their floating solar facilities, as well as investment prospects in the country’s nascent renewables market.

This facility is the first large scale floating solar project in Southeast Asia. How has the development team executed this feat?
The project needed to be completed by 30 June of this year. We've been working on this project for more than two years. Because it's the first floating solar project in Southeast Asia, it took considerable work. Also, this is one of the first renewable projects that ADB has financed on a non-sovereign basis without the Government of Vietnam’s guarantee.

How was the project financed on a non-sovereign basis?
Like a lot of our developing member countries, traditionally, they have borrowed with sovereign guarantees, but as their economies develop, they want to move towards the private sector. In Vietnam's case, the IMF has actually imposed a cap on the government’s borrowing ceilings to 65% of GDP. Vietnam is very incentivised to encourage non-sovereign borrowing. DHD approached us and said, we have this great floating solar project and we'd like to develop it, but it has to be done on a non-sovereign basis. And that's what we explored.

DHD, which is a subsidiary of an EVN subsidiary called GenCo-1, has these three large hydro projects with which have been in operation for a considerable period of time. They've decided to put this floating solar on one of their reservoirs and it actually only takes up something like 8% of one of the reservoirs.

What it does is that it increases the overall output during the dry seasons where the hydro plant will not be running. Hydro will then be running when the solar is not able to run because it's raining. It's a great combination of using two renewable energy sources to improve the amount of output that you can get from a single source.

When we went out to the site two weeks ago, [we saw] it's only 8% of this particular reservoir, and they have three hydro plants. Their intention is to move from this 47.5MW project, and they want to do 330MW more of floating solar. This was kind of a big pilot, but they wanted to make sure that this worked, and it does.

What factors drove ADB to invest in this project?
Our Strategy 2030 calls for us to invest up to $80b in climate finance-related projects. We invest in renewable energy projects in all of our developing member countries. Vietnam is still a market that is in its infancy. It's not a market that attracts too many international commercial banks at this stage.

The other alternative for developers would be Vietnamese local bank financing which is relatively short term and expensive at this stage. For us, this is a way to open the renewable energy market in Vietnam. If ADB can show confidence in this project, we're hopeful that there will be a lot more renewable energy projects out there.

We believe that renewable energy is good for the people of Vietnam. It's got a clear impact, and so from that perspective, it was a very attractive project for us. We liked this whole combination of solar with hydro, which we think makes a lot of sense.

Hopefully, not only will Vietnam want to do a lot more floating solar projects, but also—as what we're seeing here in the Philippines and already in Indonesia—have people talking about floating solar. That's exciting.

Can you walk us through the process of the whole investment?
We do a lot of sovereign lending and non-sovereign lending. Our Vietnam office, through our Southeast Asia regional department, has a very, very long term relationship with EVN.

So we were approached by DHD on this floating solar project through our Vietnam office. We actually have one private sector colleague based in Vietnam. That's how it started two years ago.

Then we spent a lot of time visiting the project, having our safeguards people check the project. There was a lot of due diligence. Because this was the first project without a government guarantee, we had to analyze EVN on a standalone basis.

Without the government’s support, we had to understand who this company was, so it took a long time. We then had to go into loan documentation with an international law firm. And for the first time, you need to make sure that you get all the various governmental permits. At the end of the day, we got there, and hopefully the next deal will take a shorter period of time because we've set the precedent.

Apart from what you just mentioned, what are the other unique characteristics of the loan?
In our Strategy 2030 document says that for every dollar that ADB lends, our aim is to bring in at least $2.5 of other financings. What's great about this project is that we were able to work with the Canadian Climate Fund.

ADB provided $17.6m, then we got blended concessional financing from these two Canadian funds for $15m. We managed another fund from the Japanese government, called Leading Asia's Private Infrastructure Fund (LEAP) for $4.4m.

Our aim is to encourage other investors to join us to support the renewable energy market in Vietnam. It asked for 800MW of solar projects by 30 June 2019. Under the feed-in tariff system, they got close to 4,000MW, which is a remarkable achievement.

What developers can learn is an appreciation that each market in Asia is different. Markets here in Asia are different from the markets that these particularly international developers may have experienced in Europe or the US.

If you come into Vietnam and you say, I want a project with the structure that is exactly what I got in the US or Europe, you're not going to get it, you have to be flexible. You have to adapt to various local governments, local cultures, and local regulations and make it work. Hopefully, with institutions like ADB, you find ways to mitigate some of the challenges and risks in every single market.

What are the challenges and risks?
The floating solar project in Vietnam is the first of its kind. Anytime you do something that’s the first of its kind, you have to just get familiar with it.  We had a power purchase agreement which is not similar to maybe what you would get in other more developed markets. We needed to learn and understand how we got comfortable with this power purchase agreement. We found ways to address that.

The biggest challenge is it just getting a bit familiar with the new market. Our job is to go into these new markets and unblock some of the issues so that other banks and other institutions can get comfortable with them. So nothing that we couldn't address. It just takes time.

What is your outlook on large scale floating solar in Vietnam and Southeast Asia?
Hopefully, something like this will pave the way for other countries' developers to gain more confidence in renewables. I am not an engineer myself, but I did not see this as overly complex from a technical perspective. It makes a lot of sense. Land is scarce in a lot of countries, so this makes a lot of sense where you're building something on top of an existing reservoir. From that perspective, I think there are a lot of prospects.

I have seen personally that Indonesia is planning something like a 200MW floating solar project. Even here in the Philippines, I believe there is a small pilot system project here already. I think countries are beginning to explore this as a concept. I think you'll see a lot more of this going forward.

Are you planning to invest in more floating solar projects?
We would love to, but one of the things I would stress for us is that for each project, you have to review on its own merits. You need to have a project that's bankable and a project that sponsors consider creditworthy. Most importantly, in the project, there has to be a clear need for ADB's involvement that we can actually add value to the project and to that country.