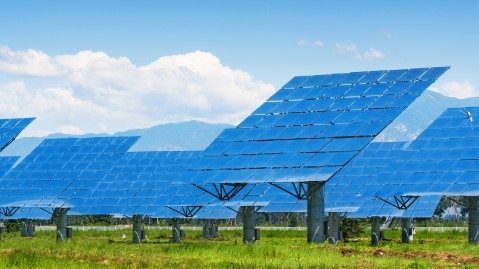 AC Energy subscribes US$273m for renewable projects in the Philippines

This will fund a 160MW wind project and 283MW solar project.

AC Energy subscribed to the shares of its two subsidiaries amounting to about US$273m (Php14b) that will support the construction of wind and solar projects in the Philippines.

AC Energy said in a disclosure to the Philippine Stock Exchange that it subscribed to the shares of Bayog Wind Power Corp. (BWPC) for US$136m (Php7b) which will be used to fund the construction of the 160-megawatt (MW) Pagudpud Wind Project in Balaoi and Caunayan, Pagudpud in Ilocos Norte Province in northern Philippines.

In a separate disclosure, AC Energy also said that it subscribed to almost 700 million shares of Santa Cruz Solar Energy Inc. (SCSEI) for around US$136m.

The subscription represents 99.99% of the total outstanding shares of SCSEI.

The amount will be used by Santa Cruz Solar to fund the construction of 283MW San Marcelino Solar Power project located in San Marcelino in Zambales province in northern Philippines.

AC Energy has around 3,000MW attributable capacity in the Philippines, Vietnam, Indonesia, India, and Australia, with a renewable capacity share of about 80% which is among the highest in the region.