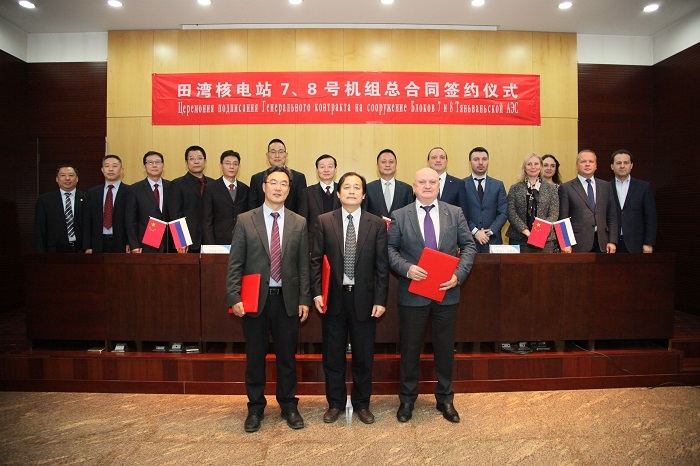 China National Nuclear Corporation (CNNC) and AtomStroyExport, which is the engineering division of Russian state nuclear corporation Rosatom, have signed the executive contracts for the construction of the Tianwan and Xudabao nuclear power plants (NPPs), an announcement by Rosatom revealed.

Work at the Xudabao began in 2010 but was suspended following the 2011 Fukushima Daiichi nuclear disaster. In 2014, the National Nuclear Safety Administration (NNSA) announced its approval of the site selection for Xudabao units 1 and 2 which are the first two of six AP1000 units which will be housed at the site.

The preparation of the documents was carried out in accordance with the strategic package of agreements signed during Russian president Vladimir Putin’s visit to China in June 2018. “This package defines the major lines to develop cooperation between Russia and China in the nuclear industry for the next decades,” the firm stated.