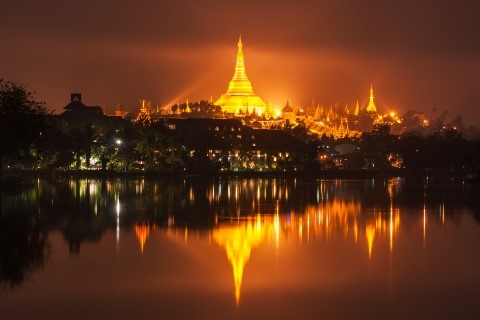 What are the woes in Myanmar's energy mix?

No new MOA or PPA has yet to be concluded for two years already.

It has already been two years since Myanmar’s newly democratised government came to political power, but much to the frustration of energy firms, a new MOA or PPA has yet to be concluded to increase another kind of power in the country: electrical power.

As OWL Energy’s Greater Mekong manager Jeff Miller put it, “Nothing has been signed since democracy came.”

For the past 17 years, Myanmar’s electricity demand has more than doubled mostly due to hydropower, said IHS Markit senior research analyst Joo Yeow Lee. Installed hydropower capacity has grown five-fold since 2000 to 3,000MW in 2017. “However, this puts the system at risk to seasonal swings,” he added.

Moreover, development has been met with strong public objections due to the displacement of communities, as well as the impact on livelihood and the environment.

Can it meet targets?
Myanmar has set its electrification target to 100%, and so far, it has reached 37% (one of the lowest in Southeast Asia), slightly higher from 30% in 2016. It currently has 5GW of installed capacity, mainly composed of hydropower and gas.

Lee is excited over Myanmar’s gas sector as four notices to proceed (NTP) - the equivalent of MOUs in other countries - have been issued to fast-track development of plants with total capacity of 3,111MW. As of 2016, the total capacity of gas has reached 1,824MW.

Young government’s policy woes
However, Miller said that this also raises questions about where the power will be sent. He added that these gas to power projects are far from where most the consumers are. “It’s going to need transmission lines as well,” he said.

“Gas and power plants are not fully operated due to poor maintenance,” he added. Reserves will also need five to 10 years to develop. “LNG is a short-term option, but gas laws need updating.”

There are also no policies to incentivise renewables. According to a note by Edwin Vanderbruggen of VDB Loi, the government is also still confused in implementing a furnished approval process, whilst NTPs can only serve to fast-track the completion of deals.

“A lack of experience on the government side, and I suppose a lack of familiarity with Myanmar on the sponsor side, is a commonly held notion to explain the slow progress,” he said.