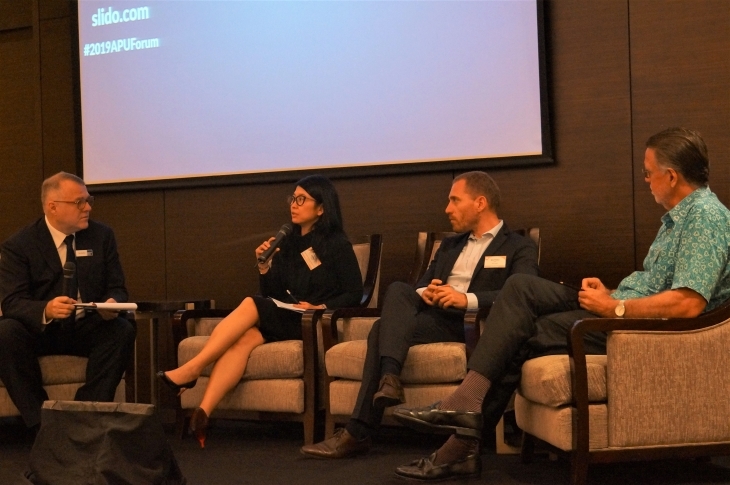 But IPPs face regulatory hurdles that hamper the development of renewables and other energy sources.

At the Jakarta Leg of the 2019 Asian Power Utility Forum, executives and thought leaders in Indonesia’s massive power industry exchanged strategies that aim to address the country’s growing demand for power and push its ongoing electrification project into completion.

Indonesia has a project pipeline for 17GW of generation capacity designed to hit the targets identified by the Electricity Supply Business Plan (RUPTL), according to Dharma Djojonegoro, deputy CEO of Adaro Power. However, developing IPP projects in the past few years has been fraught with difficulties amidst policy changes, he said.

These changes include the shift from a bidding process to a direct appointment scheme, the disappearance of the government guarantee for PLN’s payment obligation, and the reduction of the guaranteed return for sponsors from 15% to 10%.

Whilst coal-centric Adaro Power is mostly keen on exploring solar photovoltaic (PV) and other renewables, development is largely difficult due to PLN’s new procurement scheme or the DPT prequalification process (DPT), Djojonegoro said. This view was shared by Nadia Soraya, partner at HHP Law Firm, who noted that delays in the DPT have put development on hold and has even caused the two-year absence of renewable projects tenders after the first DPT.

However, it’s not only the DPT that’s hindering the installation of renewables in Indonesia. Soraya said that issues lie in the renewable tariff that, in practice, is still capped at regional electricity generation costs (BPP) even if regulations allow for B2B negotiation.

“Regulations tend to be changed very, very often in the last few years,” said Surya Darma, chairman of Masyarakat Energi Terbarukan Indonesia (METI). In order to keep regulations in place, organisations including METI are lobbying to standardise regulations through legislation.

This was also raised by Dieter Billen, principal at Roland Berger, who said that Indonesia is one of the Southeast Asian countries that lack ambition in terms of renewable energy and have no clear targes in spite of projections that estimate power demand to grow 3.2% to 3.8% yearly, nearly double of energy giant China.

Mathieu Geze, head of Asia business development at HDF Energy, presented the concept of Renewstable, which attaches hydrogen storage to a plant with intermittent energy sources such as renewables, removing the need for traditional distribution facilities. According to him, HDF Energy was able to raise their plants’ capacity factor to 80-90%, much higher than 20% and above in renewables plants.

The 2019 Asian Power Utility Forum was held on 6 May at Fairmont Jakarta. For any event inquiries, please email andrea@charltonmediamail.com.