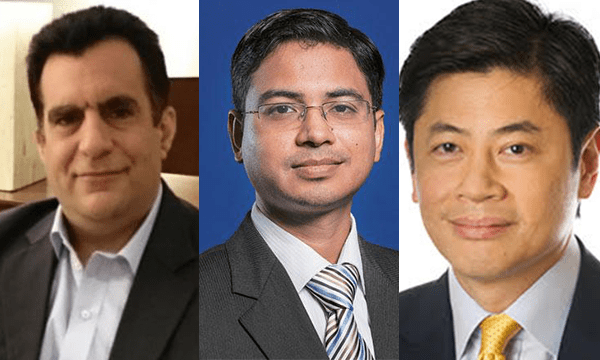 A 9GW transmission project between Thailand and Laos marks the kingdom’s increased reliance on ASEAN neighbors.

When Thailand and Laos jointly unveiled the 340MW Xekong hydroelectric power project in Vientaine, the deal was lauded as a groundbreaking cross-border partnership that will supply electricity in Northeastern Thailand. But whilst the deal is positive for both Thailand and Laos, it reveals an increasing tendency among Thai power producers to seek projects overseas on the back of increasing uncertainty at home.

“Most Thai developers I talk to are very keen on the international market because they don’t have long term confidence in Thailand,” says Tony Segadelli, Managing Director of OWL Energy. “In terms of incentives and tariffs, the investment environment is attractive. The issue is more related to the number of projects, which in turn is due to overcapacity after a long build out and a stagnating economy,” he explains.

For instance, the Xekong project is a joint venture between Ratchaburi Electricity Generating Holding Public Company Limited (RATCH), a Thai listed company, together with the Lao World Engineering & Construction Co., Ltd. (LW) and B. Grimm Power Public Company Limited. The project will consist of two reservoirs located in two districts in Xekong projects, and the parties are in talks to sell power to the Electricity Generating Authority of Thailand (EGAT), under 9,000MW power cooperation framework between Thailand and Laos.

Politics takes its toll
A key factor weighing on investor sentiment is Thailand’s general elections. “The elections will change the political landscape regardless of who wins. During the period 2013-2016, the Thai economy stagnated, however, the last two years have seen over 4% growth p.a. The hope is that a flood of new projects will be unleashed in the second half of 2019 however the fear is that political instability will return. If the latter happens then the economy is likely to slow again meaning the reserve margin stays high and new projects aren’t required,” Segadelli notes.

Other analysts, however, believe that the elections will have little impact on Thailand’s robust energy market. “Thailand continues to be an attractive investment destination for the power sector, driven by clear and consistent energy policies and legal framework. Elections anywhere in the world could give rise to changes in government policies including energy policies. However, with Thailand’s two to three decades old IPP programme pretty much coinciding with the modern era of democracy in Thailand, the trajectory for energy development in the country has been generally consistent throughout this period despite political changes,” notes John Yeap, partner at Pinsent Masons.

Yeap highlights that for instance, initial attempts to reform the power sector along World Bank’s model of deregulation have generally been resisted. “These will likely in the near to medium term to continue to be resisted. The fuel policy of diversification towards renewables is a global trend that is unlikely to be affected by political changes. As such, any paradigm shifts in energy policies would, therefore, seem unlikely,” he explains.

Abhishek Dangra, senior director at S&P, notes that the Thai energy sector is fairly stable regardless of political challenges. “Thailand's Power Development Plan (PDP) runs fairly independent of any political changes in the country, we expect the same trend to continue. PDP’s development will likely continue irrespective of any broader minor policy shifts,” he says.

Dangra adds that the PDP will likely be adjusted towards renewables amidst rising clamour for clean power. "In a bid to maintain grid prices, governments have explored whether there is an appetite for building fossil fuel plants. But it seems that increasing concerns for environmental, social, and governance (ESG) factors make this a fairly challenging proposition," he notes.

Retaining its renewables dominance
No matter what happens during the Thai elections, experts agree that Thailand will keep its edge when it comes to renewable energy development. Changes in the PDP will benefit specific sectors, including solar and hydroelectric power and even biomass. Whilst coal will remain dominant in the country’s power mix in the near future, experts note that renewables will continue to gain ground in the coming years.

Yeap, for instance, notes that the future will therefore likely to be a combination of gas to power and renewables. “Whilst there are suggestions of a greater focus on coal in order to better balance the energy mix, the strong not-in-my-backyard sentiments of local communities will likely limit the ability to commission large coal plants,” he explains. “With regards to the renewables target, Thailand can be considered a pioneer in the region in terms of formulating a clear renewables agenda. It leads the region in terms of solar and, despite geographical and meteorological constraints, is making good progress with wind.”

OWL Energy’s Segadelli agrees. “Going forward combined cycle power plant (CCGT), solar and to a lesser extent, biomass will be the key growth areas. The entire bureaucracy around the power sector has been a regional leader for decades and I don’t see this changing in the foreseeable future,” he says.

As an example, Segadelli notes that Gulf Energy is in the process of constructing effectively all of the IPP CCGT projects, with EGAT being the other major constructor. Hence, it is unlikely that there will be another IPP/SPP round for at least five years and probably longer. Meanwhile, solar plants have recently been constructed on a 5MW per site basis, although it is unclear when this process will restart. Biomass projects are currently being developed in the SPP sector (10-90MW range), but there have been no PPA awarded so far this year and it is uncertain when this will resume. Hydropower is effectively all built out (although cross border deals are still possible) and wind resources are both limited and often restricted.

“Thailand has long been a promoter of RE. However, baseload and load following will remain largely the preserve of natural gas plants. Once the current building plans by Gulf Power are completed it is likely that new CCGT plants will be built by EGAT. The demand/supply situation in the south means that additional generation is required in that region. In terms of total capacity installed natural gas plants will remain a key driver however in terms of the actual number of projects solar will be the larger over the long term (although both are likely to be limited over the short to medium term),” Segadelli says.

“We expect the new PDP to readjust the country's energy mix towards renewables, particularly for solar assets,” Dangra adds. “In Thailand, the solar irradiation patterns, generally speaking, have been fairly predictable. The operating performance of solar plants have been close to P50, which means that at least in terms of resource, solar has performed well in Thailand.”

Connecting ASEAN
Thailand is crucial to cross-country energy partnerships in the ASEAN. Thanks to its prime location at the heart of the region, Thailand is the logical electricity transmission hub for the region as it shares land borders with Cambodia, Laos, Malaysia, and Myanmar.

Infrastructure-wise, Thailand boasts a comparatively modern grid network to support cross-country deals. According to GE, Thailand’s grid, with transmission losses at around 6.11%, is three or four times more reliable than the legacy infrastructure installed elsewhere in the greater Mekong region. For instance, when Malaysia and Laos confirmed an Energy Purchase and Wheeling Agreement wherein Laos will generate and sell 100MW of low-carbon hydroelectric power to Malaysia, the electricity will be distributed from Laos to Malaysia via Thailand’s transmission system. This historic multi-lateral power trade deal between Laos, Malaysia, and Thailand is expected to the first of more energy collaboration in the years ahead.

Yeap believes that the country has the potential to be the conduit that brings together the tremendous hydroelectric potential of Laos with the increasing power needs in Malaysia and Indonesia. “This will avoid the environmental challenges of building new fossil plants in those countries. The first step has been taken to wheel power through Thailand. It will be encouraging to see further progress in the near future,” he notes.

“Thailand started its IPP solicitation in the early 1990s. It has been successful in ensuring a strong demand from investors, providing a robust legal framework and regulatory certainty. Its PPA is considered one of the best in the region. As such the ability of Thailand to boost its installed capacity is almost a certainty,” Yeap adds.

However, Dangra cautions that there may not be many companies that will follow Ratchaburi’s footsteps in setting up cross-border hydroelectric power projects. “By nature, the construction of hydropower facilities can bring many environmental and social risks (as seen in Laos dam breakdown), as well as high capital costs,” he says.

Further, Segadelli warns that neighbouring countries also have slowing power sectors. For instance, Myanmar has not signed a power purchase agreement since early 2016, whilst Cambodia has always been a slow market, and Laos is hampered by the lack of cross border opportunities with Thailand. Malaysia also suffers from overcapacity.

“After many years of stagnation, the economy has started to grow at over 4% for the last couple of years and this is spurred by large infrastructure projects that will be significant power consumers. However, until the reserve margin is significantly brought down, it will be difficult to envision the build-out needed to achieve the country’s goal of 30% renewables,” Segadelli says.