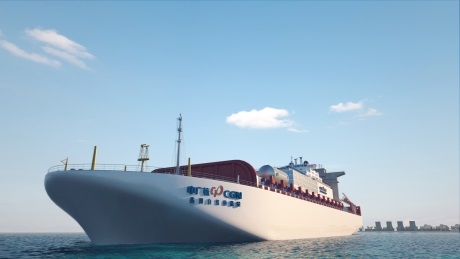 World Nuclear News reported that at a press conference in Shenzhen on 4 November, the company said it had signed the pressure vessel purchase agreement with Dongfang Electric for the demonstration ACPR50S offshore reactor.

China Guangdong Nuclear Power Research Institute deputy chief engineer and small reactor lead designer Rui Min said that, unlike the pouring of first safety concrete for a conventional land-based reactor, the signing of the vessel purchase agreement marks the official start of construction of the offshore unit. Of all the equipment necessary to construct the unit - including the floating platform - the vessel takes the longest to manufacture.

Development of the ACPR50S reactor design was approved by China's National Development and Reform Commission in late December 2015 as part of the 13th Five-Year Plan for innovative energy technologies.

The 200 MWt (60 MWe) reactor has been developed for the supply of electricity, heat and desalination and could be used on islands or in coastal areas, or for offshore oil and gas exploration, according to CGN.

CGN has completed both the conceptual and program design. The preliminary design work is expected to be completed soon. The Chinese company is also working on the ACPR100 small reactor for use on land. That reactor will have an output of some 450 MWt (140 MWe) and would be suitable for providing power to large-scale industrial parks or to remote mountainous areas.