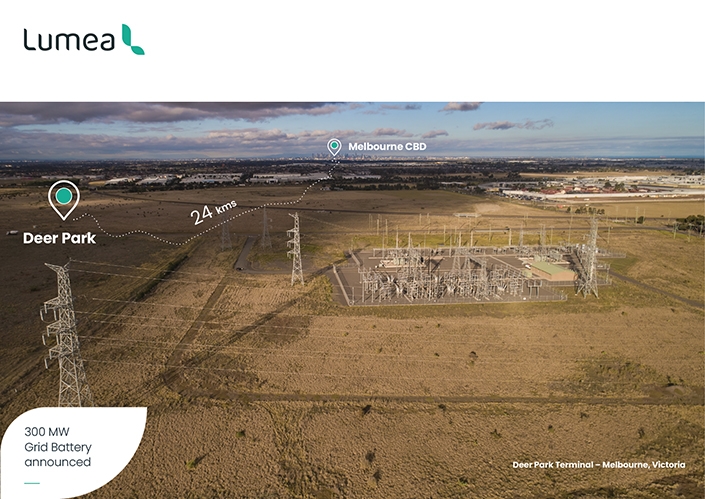 The battery will have a capacity of 300 MW.

TransGrid's commercial arm, Lumea, has announced plans for a "first of its kind" big battery in Melbourne, Australia.

Lumea called the project the "first of its kind" because it will be the first to be fully financed without using government funding or contracts.

The battery, which will operate in the National Electricity Market from the Deer Park Energy Hub in Victoria will have a capacity of 300 megawatts and nearly two hours storage or around 580 megawatts per hour.

“Lumea is looking to demonstrate that batteries can be fully funded through the market. We know that the energy transition requires innovative pathways to reach its renewable targets. It is critical we also find new avenues to fund these projects through the market to allow the most effective use of all funding sources for lower-cost energy.” said Nigel Buchanan, Lumea’s head of infrastructure.

Meanwhile, Lumea is also scheduled to complete the first grid-scale support battery in NSW in October to further test the use of grid-scale inertia.

batteries
Get Asian Power in your inbox
Since you're here...