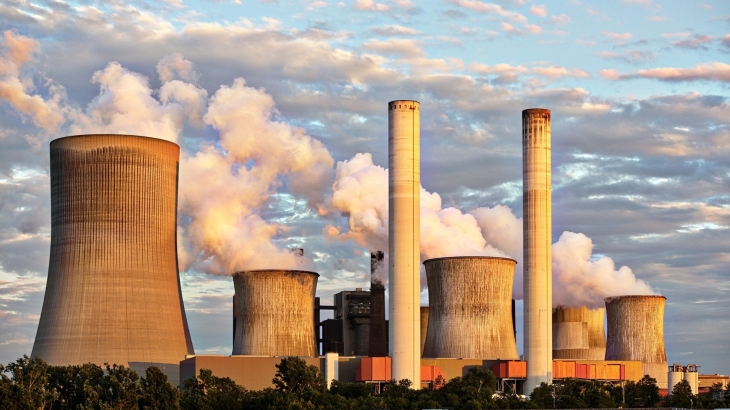 A new draft version of Vietnam’s much-delayed Power Development Master Plan 8 (PDP8) began to circulate earlier this month [September 2021] with revisions that put the country’s closely watched energy transition at risk. In a surprising shift, the planners have raised the installed capacity target for coal-fired power by 3 gigawatts (GW) to 40GW by 2030, with an additional, and final, 10GW to be deployed by 2035. To make room for this pivot back to coal, the planners sacrificed 6GW of wind power that was expected to come online by 2030. Offshore wind was removed entirely from PDP8’s base case scenario.

Between 2016 to 2020, coal power project sponsors delivered only 52% of the capacity expected in the master plan, undermining the security of the power supply for Vietnam’s fast-growing economy. For Vietnam’s energy planners, the lessons from this mistake are still fresh. By opting to push ahead with an expanded coal power pipeline, Vietnam risks shunning globally recognised clean project sponsors who have credibility in delivering cost-competitive projects.

Its energy planners might have underestimated the strategic impact of the sector’s reliance on overseas financing and the trends reshaping global capital flows. In particular, any plan to launch an aggressive build-out of new coal power will feel the impact of policy shifts. This includes the cut off of access to capital for new coal power projects that previously turned to Asian and North American governments and banks for financing.

Based on this change in capital market lending habits, the forecast coal capacity now expected to come online in the draft PDP8 seems unrealistic. Of the 30GW of coal-fired power in the pipeline, IEEFA estimates only less than 12GW are realisable capacity because they represent projects that are already under construction or have reached financial close. The remaining 19GW will have to face the test from more climate-conscious investment mandates that global investors and governments have recently implemented. The exodus of Japanese and South Korean export credit agencies and major banks from coal financing poses a particular challenge to Vietnam’s new ambition to continue seeking finance for coal deals that conflict with carefully monitored public commitments.

The governments of Japan, South Korea, and China, via their export credit agencies and policy banks, have facilitated state-guaranteed credits to coal power projects in Vietnam to support their equipment suppliers and contractors.

A review of 12 coal power projects that concluded financing arrangements between 2015-2021 alone suggests that ten of them are backed by public financing from Japan, South Korea, and China. This is irrespective of the project’s sponsor and ownership.

The reliance on foreign funding reflects the limited role that domestic banks have played in supporting Vietnam’s coal power plants because they are constrained by inadequate long-term funding, high-interest rates, and single borrower limits. In the few instances when they have been involved, the banks—typically the four majority state-owned banks—have partnered to meet sectoral and single client exposure limits.

With limited domestic funding, Vietnamese policymakers will face a much less accommodating funding scenario internationally. Governments of Japan, South Korea, and China have faced a backlash from global investors, asset managers, and activists for their poor climate track record and their support for polluting coal power plants in developing countries, including Vietnam, over the past decade.

The global investment community is increasingly focused on how these institutions are implementing their coal exit policies. Even if permitted, Vietnam’s energy planners should be mindful that abated coal power plants would have significantly higher costs and performance risks, likely rendering electricity tariff cost-prohibitive for EVN and its ratepayers.

Until recently, the default view of local analysts has been that Chinese banks and their equipment providers would fill in the funding gap left behind by their North Asian counterparts. This was already a high-risk bet, and President Xi Jinping’s speech at the United Nations General Assembly on September 21 has lowered the odds even further.

Following the footsteps of his South Korean counterpart, Xi made the official declaration on the international podium that China would "not build new coal-fired power projects abroad” as it steps up support for developing nations to develop green and low-carbon energy.

Data has shown that China’s overseas coal project investments have been shrinking since 2015, with no new investment in the first half of 2021. In July, China’s largest bank, the Industrial and Commercial Bank of China, announced its withdrawal from a US$3b coal power project in Zimbabwe, marking the first time “a Chinese bank has proactively walked away from a coal-power project”.

Several high-profile projects in Vietnam could see their fates put at risk, including Nam Dinh 1, Song Hau 2, An Khanh Bac Giang, Cong Thanh, and Vinh Tan 3. These are projects still at the pre-investment phase but with previously confirmed backing from Chinese banks or sponsors.

It remains to be seen how China will implement its overseas coal exit strategy.

With a much narrower pool of capital available, Vietnamese senior officials could put themselves in an undesirable position at the negotiation table by harbouring false expectations. Policymakers should also expect questions about whether the Vietnamese government and EVN are prepared to offer concessionary terms to get these coal projects across the line to offset rising carbon abatement costs that could undermine traditionally fixed project financing terms.

This raises a potentially awkward question about how regulators will handle the new moving parts in the coal financing puzzle. Will they have the authority to insulate project sponsors from Vietnam’s upcoming emissions trading scheme, and as a result potentially limiting the effectiveness of the market, or will they accept a higher, emissions-adjusted cost of electricity?

Plans to develop coal power assets in-house should also be assessed with care. Unlike its peers from Indonesia or the Philippines, EVN does not have the luxury of accessing international capital markets for cheap funding, given Vietnam’s low sovereign credit rating. Equally important, global investors will also be reluctant to support EVN’s commitment to coal lock-in at a time when cost-competitive clean alternatives are readily available. 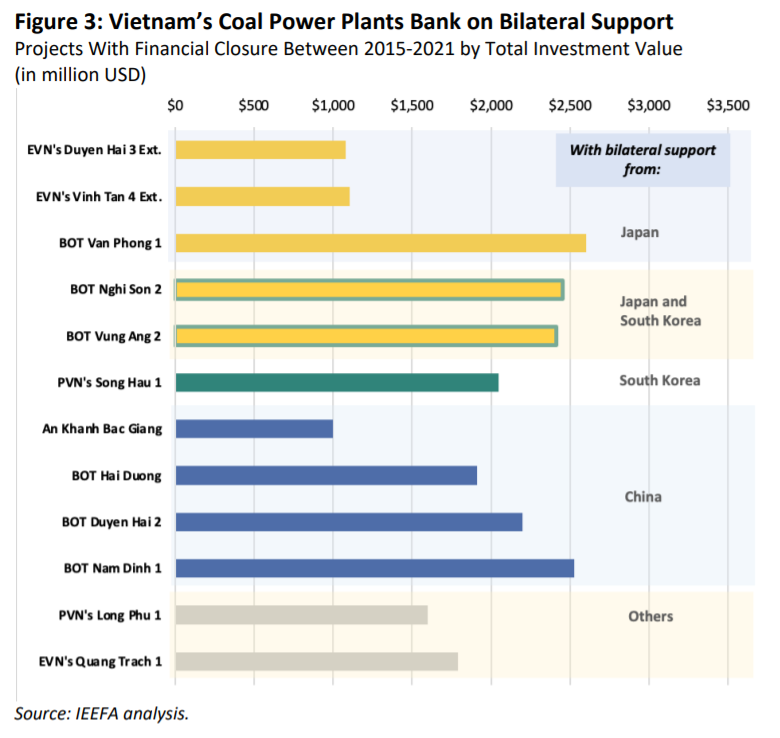 The Vietnamese government’s pivot back to coal raises questions about whether key insiders are aware of the new economics of energy transition. Cost pressures are a natural policy concern, but it appears that PDP8 planners have made a common modelling mistake by focusing on a narrow menu of outdated generation choices and overlooking system-level options that improve long-term economic outcomes for consumers.

In particular, they have opted for coal power at its face value, overlooking externalities and underestimating the risks associated with the development and use of emissions- heavy power.

Instead of opting for a baseload-only strategy dependent on more coal power plants, Vietnam should focus on devising policies that incentivize the market to deliver more cost-competitive renewables. Lack of experimentation with reverse auctions for new solar and wind power plus storage has robbed EVN of more cost-competitive options for system development.

For a dynamic economy highly exposed to global investment and consumer markets, Vietnam has a lot to gain by building credibility for its decarbonization effort. The growing pool of sustainable finance has the potential to unlock the new sources of capital that Vietnam needs to scale up renewable energy and grid infrastructure to generate reliable and affordable electricity.

Over the past year, Vietnam has dominated headlines as the Southeast Asian country where investors believe has made the greatest strides in renewable energy adoption. There is broad agreement that steady progress on curtailment and power market reform would open the door to larger investments offering more cost-competitive terms.

With the United Nations Climate Change Conference COP26 looming ahead, the pivot back to coal seems certain to raise uncomfortable questions about whether Vietnamese policymakers have misjudged global political and financial trends. Until PDP8 gets its final sign-off, there is still a limited window of opportunity for them to set the record straight.