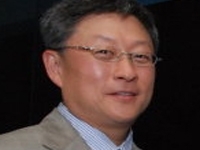 Biofuels revisted - does it matter?

When we think of biofuels, we shelve it away as being more related to transport fuel and also in the “been there, didn’t work” box. The surge of interest of a few years back has withered away in the glare of commercial feasibility metrics as well as even a reexamination of its inherent environmental/ethical compass. Nontheless, biofuels have not gone away and while carbon credits may expire next year and renewables has underwhelming in terms of scale of delivery, biofuels may be rising a deeper and more sustained long-term policy support driver in Asia. And this time, they may even actually work…

In Asia and especially in north Asia where primary energy is almost entirely imported, the main locus between national economic growth and energy has been that singular dependency and vulnerability in terms of national energy security. The unspoken social compact is a pairing of economic growth for social stability. It’s not necessarily about being environmentally responsible or green global citizenship or whatnot. To ensure domestic social stability and economic growth, securing energy supply chains has in turn been the paramount energy policy goal. In terms of green energy, the primary policy driver is now shifting from a renewables-oriented one to a biofuels oriented one.

Flash in the Pan?
Even as little as 5 years ago, just a whisper in power generation timelines, biofuels went from burning cooking oil from fastfood grease in hippie cars to significant private equity, governmental and other investment bets, to the foghouse again. The entire cycle of imagination, interest and disregard took roughly 2-3 years. So what went wrong?

In Asia, palm was seen as the major regional vector for biofuels. However, burning down rainforests and killing orangutans were not necessarily what green advocates had pictured green fuels to be and globally, the inevitable backlash meant that such “food or fuel” biomass (also known as first generation biofuels), ended up as a policy pariah. “Second generational biofuels” from non-food sources such as cellulosic biomass, jatropha, etc., then took up the biofuels baton but their yields have been disappointing and helped put biofuels in that mental “been there, didn’t work” box.

Now we are in the phase of wonky-sounding “third generation biofuels” such as from bioalgae, cyanobacteria, and even recombinant bioalgae. Such bio-life forms tend to be simple single-cell organisms which since they don’t have to produce roots, leaves and other macro structures, convert almost half of their bodymass to fuel oils. For these, the basic science and technology have been proven, but commercial extraction and other technical points remain to be worked out so it’s not quite there yet either.

Time to bring it back out of the box?
So why should we take it out of that mental lockbox now? Thinking in terms of timelines, the green energy sector is an immature sector and its timeframes are much more compacted with volatility swings more vertiginous compared to the more stodgy slopes in the pure power generation sector. In the accelerated biofuels timeframe, the entirely cycle of the first to third generation debates have taken place in just half a decade.

10 years ago, algae biofuels were well over US$1000 a barrel when oil was less than US$20. Now with oil over US$100 (and with demand pressure not likely to let up as China and India keep growing), algae biofuels are now closer to US$300 and rapidly falling in terms of prices. Numerous startups as well as investors and government policymakers (including seriously significant amounts from the US military) are fueling investment and innovation which are further decreasing costs too. Of course, no one should underestimate the potential from throwing a lot of money at a problem and there’s a lot being thrown in that direction now.

In terms of policy drivers too, post-2008, rather than pulling back, the green energy sector in Asia has become even more pronounced as the delivery mechanism for fiscal pump-priming and national industrial policy bets. Thus far, while renewables have been the focus for addressing shorter-term supply-side shortfalls, they have been seen as being disappointingly small, and the longer, deeper policy bets have been shifting towards biofuels with new, deep and particularly focused support programs implemented in Japan and Korea, and parts being put in place in China too as well as new initiatives in ASEAN. Rather than tea leaves, these vectors together paint their own picture that increasingly, the driver for green energy policy may not be from the renewable electric power generation side but more from the biofuels aspect.