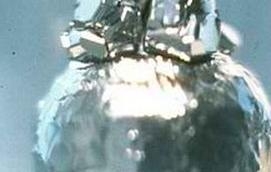 India plans to secure 30% of its electricity from thorium-based reactors by 2050.

The country is a global leader in thorium-based fuel and possesses 25% of the world’s thorium reserves.

"It is natural for India to go for thorium reactors given the abundance in its supply in the country. We are in the process of selecting an appropriate site for establishing one," said Atomic Energy Commission chairman R K Sinha.

Sinha said India already has the technological knowhow to use thorium. India's Kakrapar-1 reactor is the world's first reactor which uses thorium for fuel.

India is developing a 300 megawatt prototype of a thorium-based Advanced Heavy Water Reactor. The prototype is expected to become fully operational by 2013, after which five more reactors will be constructed.

India has made thorium-based nuclear reactors a priority in developing fast breeder technology.