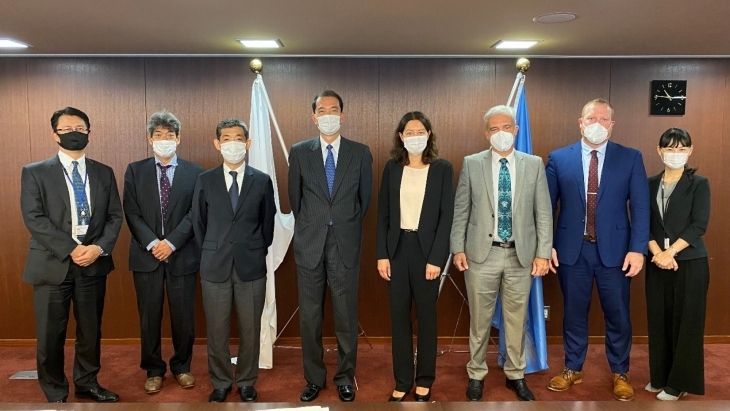 Japan is expected to start discharging treated water in 2023.

The International Atomic Energy Agency (IAEA) and Japan have started the multi-year review and monitoring of the water release at the Fukushima Daiichi Nuclear Power Station.

In her visit, the IAEA, led by Deputy Director-General Lydie Evrard, agreed on an initial mission schedule with the Japanese government, starting with discharging treated water in 2023.

“Our primary objective will be to review the implementation of the project, from the perspective of safety and transparency. We will ensure that our review is comprehensive and objective and the results are conveyed clearly to the international community,” Evrard, who is also IAEA’s Head of the Department of Nuclear Safety and Security, said in a statement.

“Our visit and the meetings this week were very productive and confirmed that all parties are committed and dedicated to the mission.” The IAEA team visited Japan between 7-9 September.

This is in line with the commitment of IAEA Director General Rafael Mariano Grossi to provide support through the water discharge process.

This is only the first of a series of IAEA preparatory technical on-site review missions that will take place in the latter part of the year.

Following this, the IAEA special task force for water disposal will convene in the coming weeks to begin preparing the reviews, which will have three main parts: Safety-related aspects, regulatory activities, and environmental monitoring.

The task force was set up to oversee the programme and review related plans. This followed Japan’s decision to release the treated water into the sea.

Japan made the announcement in April, during which the government requested the assistance of the IAEA to ensure that the discharge takes place in line with the international safety standards.

Later in July, the IAEA and Japan agreed on the project’s terms of reference.

The IAEA has provided technical assistance to support Japan’s efforts at Fukushima Daiichi in areas such as radiation monitoring, remediation, waste management, and decommissioning since 2011.