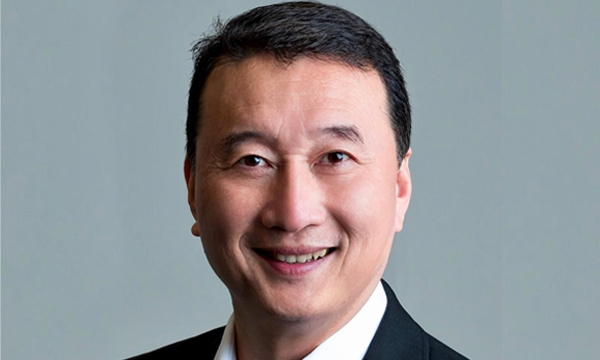 The 70MW project, called Mingus, was built on an abandoned salt production farm.

Before Singapore-based IPP Vena Energy was able to power on Taiwan's largest ground-mount utility-scale solar project, it had to learn to cut back on the ecological impact of its development as the project site stood on salt plains abundant with wildlife and vegetation. The firm successfully installed 195,000 photovoltaic (PV) modules that span an area approximately 79.5 ha and can produce 100GWh annually.

Sam Ong, group CFO and country manager of Taiwan at Vena Energy, talked to Asian Power about how Vena Energy brought forward the project from the time it won the tender until the establishment of an ecological centre near the plant. Ong also discussed how it financed the project and the firm's 600MW project pipeline in Taiwan.

Why did Vena Energy decide to build a ground-mounted solar project in Chiayi County? What characteristics of the county made it attractive?
We participated in a competitive tender by the Bureau of Energy in Taiwan. The site was an abandoned former salt production farm that was underutilized. The Bureau of Energy picked the site as the country’s first large-scale ground-mounted renewable energy project, and we won the tender in September 2017 amidst keen competition from local and regional companies. Construction of the Mingus Solar Project—currently the largest private solar project in Taiwan—began in early 2018.

What were some key issues encountered before, during, and after development? What steps were taken to resolve them?
Our priority prior to the construction was to ensure we minimize the ecological impact on the local and migratory wildlife that live in the vicinity of the Mingus Solar Project site. The site also hosts a subpopulation of the endangered Black-faced Spoonbill, which spends its wintering months in the vicinity. We are in compliance with the established Equator principles and practices in the development of the project.

We consulted with the Chinese Wild Bird Federation (CWBF) and a wetland ecologist to conduct surveys of the local and migratory birds, freshwater fish, vegetation, and water quality. The research enabled us to better understand the existing ecological system, as well as mitigate the impact the project may have. These steps were taken during the construction of the Mingus Solar Project and will continue as we commence operation of the project.

We committed additional and significant resources to ensure that construction of the Mingus Solar Project would be completed before the wintering months. We also reserved approximately 24-hectres of land to create an Ecological Conservation Area, so that local wildlife including waterfowls can flourish.

How did Vena Energy finance the project? What was the key selling point of the project?
Vena Energy is an integrated long-term renewable power producer and we are attracted to Taiwan’s commitment to renewable industry growth of achieving 20GW by 2025. We worked with local and international banks to finance the project which is particularly attractive as it is the first large-scale solar project tender by the government, and that the Mingus Solar Project was the largest ground-mounted development was the tender was introduced in 2017. Additionally, it is the first large-scale solar development that took into consideration of the natural environment and wild bird habitat.

Why did Vena Energy decide to build Mingus in Taiwan? How does it plan to stand out among other renewable power firms that are expanding to Taiwan?
Taiwan is one of the countries that we have committed to developing renewable energy in the Asia-Pacific region. To date, we currently develop, construct and operate up to 11GW in Australia, India, Indonesia, South Korea, Taiwan, Thailand, India and the Philippines.

Vena Energy is capable of developing projects in-house, from initial concept through to construction. Local management teams provide expertise in origination, development, land acquisition, grid assessment, permitting, system design and investment feasibility. In addition, we are augmented by working with local partners and hiring from the local communities, which gives us a more intimate understanding of the environment and our communities we serve.

Are there other areas in Taiwan and Asian markets in which Vena Energy is looking to apply the development model of Mingus?
We are presently developing projects up to 600MW in Taiwan, whilst expanding our portfolio in Australia, India, Indonesia, South Korea, Taiwan, Thailand, India and the Philippines.

The Mingus Solar Project is the latest example of our triple bottom line philosophy of “People, Plants, Profit” at Vena Energy. We conduct Environmental and Social Due Diligence (ESDD) for all our projects prior to development, during construction and throughout its operation lifecycle. Additionally, every project we embark on involves an Environment Services Action Plan (ESAP) formulated to manage and limit potential issues such as soil erosion and contamination, waste generation and disposal, ambient air and noise quality, impact on water sources, occupational and community health and safety.