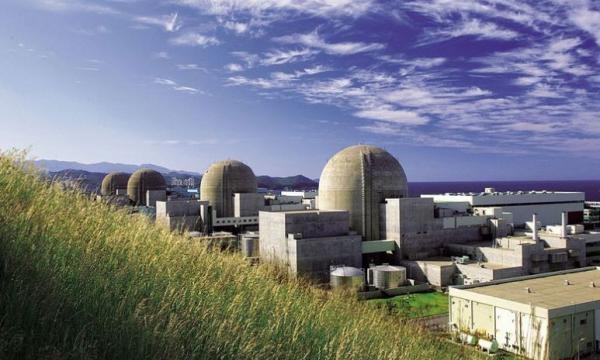 This move is in line with the government's strategy to phase out nuclear energy in the medium term.

The South Korean power group Korea Hydro and Nuclear Power (KHNP) has cancelled plans to build four new nuclear reactors, corresponding to two units at Cheonji in Yeongdeok County, North Gyeongsang province and two units at Cheonji or at Daejin in Samcheok, Gangwon province. This announcement is in line with the South Korean government strategy to phase out nuclear energy in the medium term.

Besides, the company will retire the 657 MWe Wolsong-1 Candu 6 pressurised heavy water reactor (PWR) before the expiration of its current of its operating licence (2022). The Wolsong-1 unit came online in 1983 and was taken out of operation in 2009-2011. It was taken offline again in 2012 and restarted in June 2015 with an operating license expiring in 2022. KNHP has decided to retire the reactor due to its "uncertain economic viability" and recent low operating performance.

So far, South Korea has 24 operating nuclear units with a total combined capacity of 22,505 MWe and two units under construction. No new units will be built while the current operating licenses will not be extended so that the number of operating units decreases to 14 by 2038.