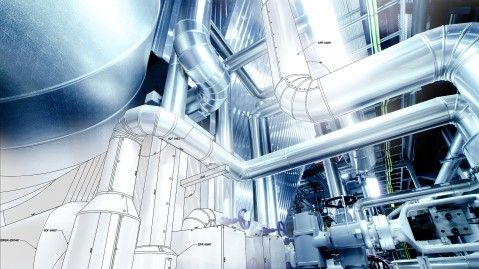 What are the macroeconomic, financial risks of dependence on imported LNG in emerging Asia?

These include risks on commodity price volatility, among others.

Emerging Asia is expected to be one of the largest growth markets for the demand of liquified natural gas (LNG), introduced to be the “bridge fuel” to reduce reliance on coal and aid their energy transition, but there are risks on dependence on imported LNG, according to the Institute for Energy Economics and Financial Analysis (IEEFA),

In its analysis of the LNG-to-power proposed projects pipeline in seven countries, IEEFA said that around 62% of the proposed LNG import terminal capacity and 66% of gas-fired power capacity may not push through because of “fundamental project, country-level and financial market constraints.” It studied the projects in Vietnam, Thailand, the Philippines, Cambodia, Myanmar, Pakistan, and Bangladesh,

IEEFA identified the macroeconomic and financial risks of increasing dependence on imported LNG.

It identified commodity price volatility as a risk which “significantly impacts delivered gas and power prices.” Foreign exchange volatility is also a risk because the US dollar-dominated LNG charges “expose consumer prices to macroeconomic impacts, mostly felt through inflation.”

There is also a risk for higher power tariffs for end-users as expensive LNG imports can push final gas and power tariffs. There are also higher government subsidy burdens as government bodies in subsidised markets have to pay for fuel price fluctuation through additional national budget allocation.

The institution also noted that there is also limited project financing available for fossil gas assets.

It also cited the stranded asset risk for LNG-to-power investments because the volatility of global fuel prices and the penetration of low-cost renewables can limit the use of these assets.

“If gas producing countries in emerging Asia can see their way to revise currently unattractive production pricing formulas, renewed growth in domestic gas production can reduce or even eliminate the need for LNG import assets,” it said in a statement.

IEEFA also said that the imported fossil fuel lock-in may limit the entry of renewables. It also said there is declining economic competitiveness of domestic industries because higher fuel costs can raise industrial operating costs.

Fuel supply insecurity is also another risk as disruptions in the trade of LNG can result in gas shortages. The increasing sustainable investing also makes long-term LNG financing “unreliable” as there is pressure for cross-border financiers to support decarbonisation goals and sustainable development.

Energy Finance Analyst Sam Reynolds said countries planning to grow their energy resources “must determine the most sustainable, reliable funding pathway for infrastructure growth,” citing the risks LNG-to-power projects may be subjected to and the highly volatile global LNG markets.