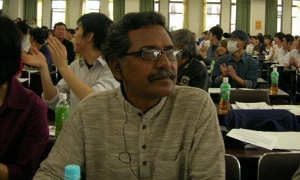 Bangladesh's quick rental project had totally failed to meet the demand for electricity, according to a ranking member of the country's committee on power.

Prof Anu Mohammad, member secretary of the National committee to Protect Oil, Gas, Mineral Resources and Power and Ports, said during a round table that it could not be acceptable for the government to spend Tk. 32,000 crore as subsidy for running the rental-quick rental power plant projects.

He added that the government could not provide fuel to the rental and quick rental projects and as a result those projects could not generate power. On the other hand, he said, it was being discussed that 27 more plants would get government’s nod.

The job of the energy regulatory commission, Prof Anu Mohammad said, has become limited to raising price of power.

The government was frequently raising the price of electricity on recommendation of the World Bank and IMF, he said adding the government has failed to realize the compensation money from multinational companies NIKO and Chevron which caused serious damage to the country's gas resources.

Prof MM Akash said the finance minister was describing the rental and quick rental power project as a wrong decision while energy adviser to the prime minister Toufique Elahi was branding the critics of the decision as ignorant and even acting against the national interests.