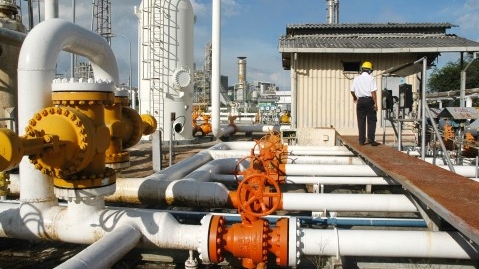 India’s domestic gas production has been declining for years. India’s modest upstream productivity and challenging exploration and production regime prove to be a stubborn deterrent to new investments. Gavin Thompson of Wood Mackenzie shared that even if India’s gas demand has surged, the country’s notoriously byzantine business environment and more attractive opportunities elsewhere mean India’s upstream sector has remained firmly off the radar for many.

Further, Thompson pointed out that those things prove to be good news for liquefied natural gas  (LNG). While domestic production has stalled, LNG imports have filled the gap. In 2020, LNG demand rose by around 14% to reach 25.7 megatonnes (Mt), with India climbing the ranks of the world’s most important LNG markets. Last year’s low traded LNG prices saw India import over 9 Mt of spot LNG as the country’s notoriously price-sensitive buyers came in from the cold.

Moreover, Thompson said that this is creating headwinds for Indian LNG demand. While fears of significant reductions in LNG demand have yet to materialise with demand through May/June close to record levels, looking forward the growth in domestic gas production is set to reduce LNG demand into the fertiliser sector. In addition, rising global spot prices are making LNG uncompetitive in the power sector, painting a more bearish picture for Indian LNG demand over the next few years.

This is a concern for the LNG industry. An under-performing domestic gas production sector and strong growth in gas demand have long made India critical to future LNG demand projections. Indeed, India’s future appetite for LNG is one of the key drivers underpinning our bullish outlook for global LNG demand and future supply investment.

But any concerns should be quickly assuaged. Whilst the current boom in domestic gas production will derail LNG demand growth in the short term, the lack of significant pre-FID domestic supply and no discoveries of note in blocks awarded under the Open Acreage Licensing Policy rounds should ensure that beyond 2024 India’s LNG demand roars back. We expect LNG demand to grow by around 5% annually between 2024-2030, reaching almost 37 Mtpa by this time – a reassuring outlook for the multiple project developers looking to India as a critical growth market, Thompson stated.