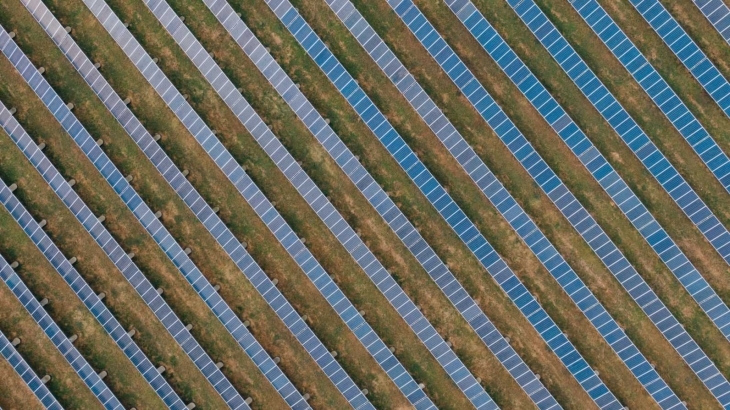 India faces solar waste crisis as recycling is not economic

India has already crossed 100 gigawatts (GW) of installed renewable energy capacity and is on its way to increase that four-fold to 450 GW by 2030. As of July 2021, the nation has 44GW of solar and 40GW of wind installed capacity. Whilst this is great news for helping the country reduce its fossil fuel consumption, it is creating a huge amount of plant waste that will have to be dealt with in the future in a country that is not set up to recycle.

The circular economy is attracting the attention of global financiers. The last 18 months have witnessed a steep increase in the creation of debt and equity instruments related to the circular economy. Whilst no such fund existed in 2017, 10 public equity funds focusing partially or entirely on the circular economy have been launched by leading providers including BlackRock, Credit Suisse, and Goldman Sachs. Intesa Sanpaolo has launched a US$6b credit facility, and the European Investment Bank has partnered with five of Europe’s largest national financial institutions to launch a US$12b loan and investment initiative dedicated to the circular economy. India is yet to see specific financing activity linked to recycling plants, however, the Reserve Bank of India recently echoed the need for such disclosures.

By 2050, India will be the fourth-largest solar panel market in the world and burying panels once they end their life is not a good option. The International Energy Agency’s Photovoltaics Power Systems Programme recently released research on the safety of disposing of PV panels in landfills. The main pollutants of concern for each of the major PV modules to be crushed are lead for crystalline silicon panels; cadmium for cadmium telluride or CdTe panels; and selenium for copper indium gallium selenide or CIGS panels.

As much as 90% of a module’s glass and 95% of the semiconductor material can be recovered during recycling. Aluminium frames can be recycled and processed into usable raw material for furniture, cell phones, or new solar panel frames.

The silicon cells can be recycled as raw material for new solar cells non-silicon PV modules, such as thin-film modules, basically need to undergo chemical treatment to separate the various semiconductor materials, allowing as much as 95% recovery of the materials. Total estimated costs, including transportation, can vary between US$400 and US$600 per tonne, far exceeding the value of the recovered material.

India is piloting some initiatives. The SWAP project, standing for Solar Waste Action Plan, is looking to investigate both the technical and economic feasibility of a PV module recycling system with support from the Signify Foundation and the Doen Foundation. A holistic approach whilst implementing the Atmanirbhar Bharat (self-reliant India) scheme could be the game changer. Instead of reinventing the wheel every 10 or 15 years, a structured recycling industry should be established. Another innovative concept worth exploring is waste trading. The byproduct or waste of one industry could be the raw material for another industry. Extended Producer Responsibility (EPR) schemes, for example, have become a powerful tool for promoting effective waste management solutions in a number of countries. The objective of EPR is to push producers (including thermal power generators and renewable energy developers and manufacturers) to factor in environmental costs as part of their project planning—both technical and financial.

A strategic clean energy transition based on the principles of a circular economy will require policy and regulatory clarity from the Ministry of New and Renewable Energy and the Ministry of Environment, Forest, and Climate Change (MoEFCC). At present, the e-waste regulations by MoEFCC do not include solar waste, hence the ownership is not defined.

As renewables grow in India the government will be forced to deal with the recycling issue.