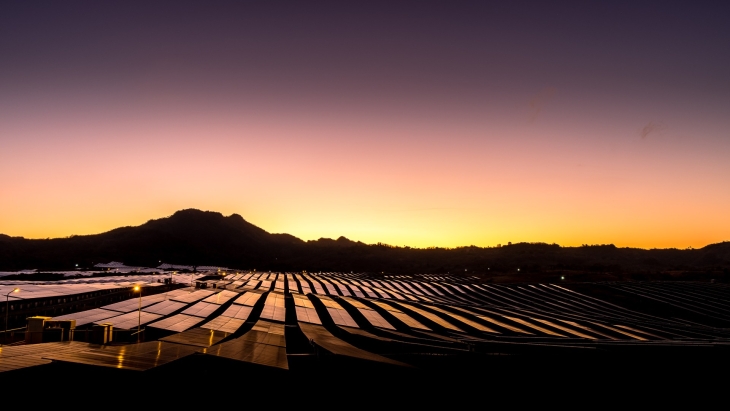 The projects are scheduled to start operations between 2025-2026.

Solar Philippines has submitted offers to contract its 10-gigawatt (GW) development, which is expected to start operations between 2025 and 2026.

The offers, which are still pending the approval of off-takers, will potentially have a contracted energy of 9 terawatt-hour per year.

“While we have been constrained from commenting on our projects due to ongoing contracting processes, we look forward to share more details in the coming days, and so give a better picture of what SPNEC (Solar Philippines Nueva Ecija Corp.) will look like after the asset-for-share swap,”  Solar Philippines founder Leandro Leviste said.

This followed SPNEC's move to prepare bid bonds for potential off-takers for the 10GW project.

The projects include the 500-megawatt (MW) Nueva Ecija Solar Farm of the SPNEC, the 3.5GW solar project and 4.5-gigawatt-hour battery storage of the Terra Solar Philippines, Inc.

Terra Solar Philippines, Inc. is a joint venture formed with Prime Infra, which seeks to supply Meralco 850MW from 8 am to 9 pm. Solar Philippines noted this is the “world’s largest solar project” as it is expected to more than double the total capacity of solar operating in the Philippines today.

Another SP entity participating in the 10GW development is the Solar Philippines Batangas Baseload Corporation with its planned 2GW solar project with battery storage.