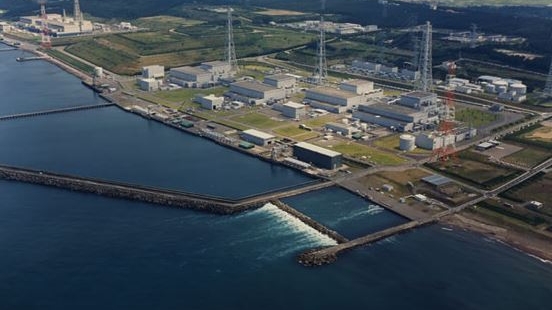 Renewables are playing their part but facing significant challenges.

Japan’s pledge to reach a 46% reduction in greenhouse gas emissions by 2030 is an extreme challenge for the country, according to energy consultancy group Wood Mackenzie.

During April’s Leaders Summit on Climate hosted by the US, Japan pledged a 46% reduction in emissions by 2030 compared to 2013, an increase from the previous target of 26%, and reach net zero by 2050.

According to WoodMac’s Asia Pacific Head of Markets and Transitions Prakash Sharma, it is going to be ‘extremely challenging’ for Japan to meet its revised 2030 target.

He said that to reach its target, Japan needs to accelerate decarbonisation on all fronts backed by clear policies and incentives for businesses to ramp up investments. This would include expanding sales of electric and fuel cell cars and ending sales of gasoline-only vehicles by 2035 and increasing hydrogen refuelling stations to 1,000 in the same timeframe, an almost six-fold increase from today. Additionally hydrogen and carbon removal, including carbon, capture and storage (CCS), and nature-based solutions, will also be required to tackle hard to abate sectors.

Meanwhile, WoodMac expects Japan’s low-carbon hydrogen demand to reach 1.7 million tonnes (Mt) by 2030 and to meet its net-zero ambitions by 2050, the figure would need to grow ten-fold to 16.5 Mt.

“Japan is moving quickly to unlock hydrogen demand. Strategic policies are being put in place to develop new use cases in road transport, steelmaking and power generation sectors. Pilot tests on co-firing ammonia in thermal power stations and recycling waste CO2 into synthetic fuels are also underway and commercialisation is expected after 2030,” Sharma said.

But domestic hydrogen production will not be enough to meet this demand. Sharma said they expect imports to meet up to 80% of total demand in Japan by 2050 with the majority of imports coming from Australia due to proximity and lower cost.

“Together, both countries will take the lead in facilitating seaborne hydrogen trade, and ammonia will likely be the main carrier for green hydrogen,” Sharma added.

Surging demand for hydrogen also brings with it a greater demand for renewable energy.

WoodMac said it expects the country to source 30% of power demand from renewables by 2030, boosted by falling cost of renewables and an expected $147b renewable capacity investment by 2030. Japan will be able to surpass its national target of 22-24%.

But WoodMac said that decreasing coal power generation is challenging due to the competitive economics of coal power.

“Without further policy support from the government, coal’s share could increase due to a pipeline of 9 GW of coal plants under construction and public opposition to expanding the operating nuclear fleet. The country is expected to make little progress towards its target to restart controversial nuclear plants and double the nuclear share of generation to 20-22% by 2030,” WoodMac’s Asia Pacific Head of Power and Renewables, Alex Whitworth, said.

Whitworth added that the challenge in shutting down coal and nuclear was further brought into focus by the power shortages and record-breaking power price spikes seen earlier this year. This means that renewables still needed top be prop up with a strong fleet of dispatchable power including gas and coal to replace a massive 50 GW of coal, gas and nuclear plant retirements expected in the current decade.

Still, Japan’s carbon emissions are expected to drop by 16% from the power sector, however this will still not be enough for the 46% the government target for national emissions.

“Renewables are playing their part but there are significant challenges to decarbonising dispatchable power and non-power sectors,” Whitworth said.