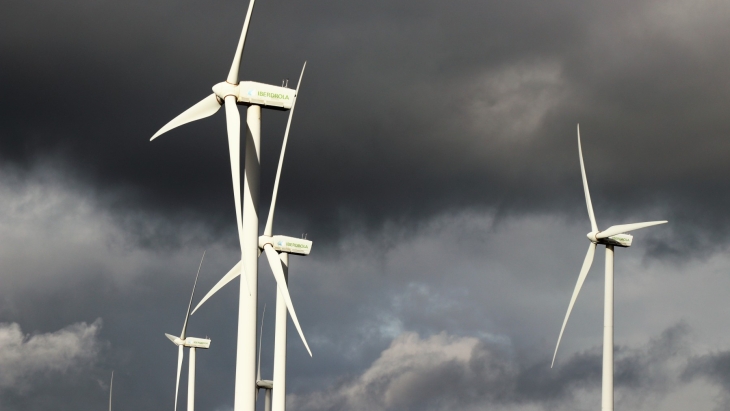 India and Vietnam are projected to increase their wind capacity to 43GW and 13GW, respectively, by 2030.

India and Vietnam are amongst the investment hotspots for the wind power sector, Fitch Solutions reported, as the two Asian markets are poised to see significant growth in their wind capacity in the next decade.

In its Global Wind Power bi-annual report, Fitch Solutions sees India and Brazil as the outperformers in the wind power sector. This comes as the two already large markets are both expected to double their wind power capacity over the coming decade. Vietnam, meanwhile, is the market to watch in the fourth quarter, as the report forecast its capacity growth will increase by over 400% over the coming decade. Fitch said that rapid deployments in both onshore and offshore wind support its outlook, with the latter attracting large scale investments posing further upside risks.

In this case, Fitch Solutions define 'outperformers' as the wind power markets that have a significant capacity base installed, and/or will register substantial growth in capacity over its 10-year forecast period to 2030.

The new climate targets announced at the United Nations’ Climate Change Conference  (COP26) summit by Indian Prime Minister Narendra Modi pose an upside risk to the outlook for wind sector growth in the market, Fitch noted. To hit these targets, the market will aim to increase its low carbon power capacity to 500 gigawatts by 2030 and meet 50% of its total energy requirements with low-carbon energy sources by 2030. The report highlighted that these pledges pose a mounting upside risk to our forecasted 43 gigawatts (GW) of wind capacity growth expected between 2021 and 2030.

The combination of several challenges in the country's wind power sector will hit near-term growth momentum, including land availability hurdles, grid access bottlenecks, and concerns over the viability of low tender bids. In this light, Fitch’s cautious outlook relative to the government target is informed by the challenges the country is facing in tendering and delivering the necessary capacity to meet ambitious expansion plans.

Delays to the implementation of tendered projects and more muted interest in new auctions, Fitch noted, will present a substantial hurdle to fulfilling these envisioned expansion plans. However, should these development challenges be addressed, the scope for more capacity growth is significant given the sizable upside risks.

The upward revision on the previous forecasts reflects an increasingly strong project pipeline, particularly in the medium term with around 14.5GW due to come online between 2021 and 2025. The sizable pipeline is the result of both private power purchase agreement deals as well as large renewables auctions which have resumed following their suspension in 2020 amidst early impacts from the pandemic.

The Brazilian government awarded 873MW in non-hydropower renewables capacity through the country’s A-3 and A-4 power auctions that concluded in July 2021, including 419.5MW of wind power, Fitch Solutions noted. The auction names indicate the number of years to bring the projects online, meaning that projects selected in the A-3 auction are scheduled to begin operations by 1 January 2024 whilst projects from the A-4 auction are set to begin operations by 1 January 2025.

Vietnam is a market to watch due to the extremely rapid capacity growth expected over the decade in both the onshore and offshore wind sub-segments. Fitch Solutions expect wind power capacity to increase from under 3GW in 2021 to just under 13GW by 2030.

This growth is supported by project momentum across 2021, despite initial expectations for supply chain disruptions. State-owned entity Vietnam Electricity (EVN) reported that there are over 106 wind projects with a total combined capacity of over 5.6GW that have registered to begin commercial operations before 1 November 2021. Fitch Solutions noted that this is as the feed-in tariffs for wind projects expired after this date, and as such developers rushed to complete the projects to attain more favourable power purchase rates.

Notably, two projects pose upside risks to the upbeat outlook. Over the fourth quarter of 2021, it was announced that the leading wind energy developer, Ørsted, plans to develop 3.9GW of offshore wind capacity in Vietnam. The company estimates an investment of $13b for the project with the use of turbines that are 20MW in capacity. The offshore sector has seen further activity with the provincial government of Soc Trang granting Decision on Investment and an Investment Registration Certification to Mainstream Renewable Power for the first phase of the 1.4GW Phu Cuong Soc Trang offshore wind project in Vietnam.

Mainstream (70%) and the Phu Cuong Group (30%) will co-develop the initial 200MW phase and the subsequent 1.2GW of capacity in later phases. EVN will purchase electricity from the facility under a power purchase agreement. A financial close on the project is expected in 2022, with commissioning due in 2023.