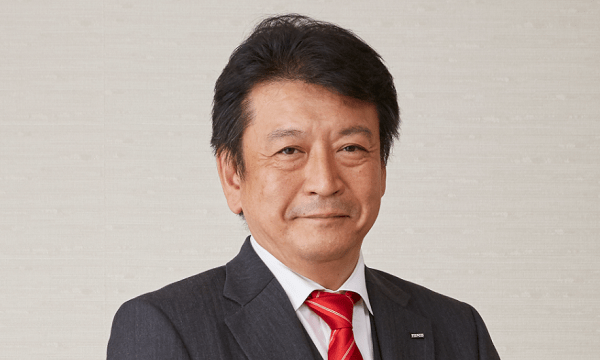 After Fukushima: TEPCO shells out $6.33b to make nuclear safer

It now looks to clear the Fukushima Daiichi’s reactors of fuel debris after the 2011 accident.

Eight years after the Fukushima Daiichi accident, TEPCO is still working to decommission the power plant and upgrade the safety measures of its other plant Kashiwazaki-Kariwa, all whilst meeting Japan’s increasingly strict compliance requirements. This has cost Japan’s power giant a total of $6.33b (¥680b), TEPCO CEO Tomoaki Kobayakawa said in an interview with Asian Power.

In April, ​​the company announced that it started the removal of fuel from Unit 3’s spent fuel pool. It plans to begin removing fuel debris from reactors Units 1 to 3 during FY2021.

Following the backlash of the 2011 accident, the power giant has learned its lesson as it treads more carefully in its bid to harvest power from nuclear sources. Kobayakawa talked about new technologies they are using as part of the decommissioning, their plans to recover the nuclear safety costs they’ve accumulated over the years and diversify into renewables with local offshore wind projects that could bring 2 to 3 million kW of capacity into Japan’s energy mix.

Can you walk us through the process of removing the fuel from the Fukushima Daiichi? Which safety standards are in place?
TEPCO is taking a step-by-step approach to fuel debris removal which allows us to flexibly adjust our direction based upon the information we obtain in the course of work done in accordance with the Mid- and- Long-Term Roadmap stipulated by the government. We plan to begin removing fuel from reactors Units 1~3 during 2021.

To date, we have conducted various investigations needed to remove fuel debris, such as using robots to obtain visual images of the conditions inside the containment vessels. Moving forward, we plan to take small samples of deposits from the bottom of the containment vessels of Units 1 and 2 in order to ascertain the nature of fuel debris. When we begin removing fuel debris in 2021, the information obtained through such investigations shall be used to start the task on a small scale after which the scale of fuel debris removal shall be gradually enlarged.

As we engage in these activities, we are paying special attention to managing the exposure doses of workers, and preventing any discharges of radioactive substances to avoid any impact on areas outside the site from the perspective of the physical protection of nuclear material. Each project we engage in is executed only after consulting with, and receiving permission from, regulatory agencies based upon the stipulations of the Nuclear Regulation Authority so as to ensure safety when engaging in each and every task.

How have rising costs for nuclear standards affected the company's performance and metrics in the past few years? How did you adjust?
TEPCO is steadily moving forward with safety measures at Kashiwazaki-Kariwa based upon the lessons learned from, and regrets over, the Fukushima Daiichi Accident, and we’re earnestly complying with all new regulatory requirement compliance inspections. At current time, we estimate that the cost to the company has been a total of approximately ¥680b.

How does TEPCO plan to recover the rising cost of nuclear safety standards?
TEPCO and the entire TEPCO Group are engaged in thorough cost-cutting initiatives. In the Nuclear Power Division, we are dealing with these cost increases by implementing kaizen activities to improve safety and quality whilst also engaging in initiatives to double productivity and cut costs.

Furthermore, we have a framework to laterally share information with other operators of BWR thereby enabling us to promote more reasonable safety improvement measures and prevent cost increases.

Do you still plan to invest in nuclear in the future? What is your outlook on nuclear power in Japan?
We look to nuclear power as a way to provide low-CO2 electricity in an inexpensive and stable manner to our country with few natural resources.

We are leveraging the lessons learned and regrets from the Fukushima Nuclear Accident as we move forward with preparations to recommence operation of the Kashiwazaki-Kariwa Nuclear Power Station, which will only be done after all safety requirements have been fulfilled. In regards to the Higashidori Nuclear Construction, we are continuing to examine the possibility of a co-venture with other operators whilst at the same time building a strong relationship of trust with the community.

The government’s long-term energy supply/demand forecast indicates that nuclear power accounts for 20% to 22 % of the demand in the year 2030. So, we consider that nuclear power in Japan would be promoted in accordance with this policy.

How does TEPCO plan to support baseload power requirements and government generation targets in the coming years?
Nuclear power is a vital energy source for not only meeting baseload power demands but also fulfilling the 3E’s. Nuclear power can also achieve the S component of the “3E+S” strategy for energy sources, and it is expected to account for 20% to 22% of Japan’s supply/demand in the year 2030 according to long-term forecasts. Japan’s greenhouse gas-causing emission reduction goals are a reduction of -26% compared to FY2013 levels by FY2030, and -80% by 2050. TEPCO believes it is important to sustain a certain level of nuclear power in consideration of the fact that renewable energies alone will not allow us to achieve these goals even if we are able to promote and spread the use of multiple renewable energy sources. Therefore, it is necessary for TEPCO to work together with other companies and address various issues, such as the cultivation of engineers.

How has venturing into offshore wind and overseas hydro paid off for the company?
Investing in overseas hydroelectric power plant ventures and leveraging the technology and know-how that TEPCO has cultivated has contributed to improving our earnings, and we are just starting to see the economic benefits. Furthermore, through our initiatives aimed at making renewable energies primary energy sources, we’ve expanded our cooperative relationships with other companies, and have been able to cultivate more human resources.

Can you share with us the progress of your work on offshore wind in Japan?
Over the next 10 years, TEPCO aims to develop offshore wind power plants with a capacity of between 2 to 3 million kW. In order for offshore wind to be sustainable, it must 1. enable cost reductions, 2. be suitable for Japan’s natural climate, 3. be environmentally friendly, 4. be in symbiosis with the community, and 5. help the development of related industries.

We are performing seabed ground surveys off the coast of Choshi, which is a candidate location for an offshore wind farm, in order to examine the feasibility of such a project.

TEPCO and Ørsted A/S, the world’s leading offshore wind developer, have signed a memorandum of understanding in January 2019 to work jointly on offshore wind projects. The partnership with Ørsted will provide us with a very strong platform to scale up our renewable energy business as one of our main pillars of business growth.