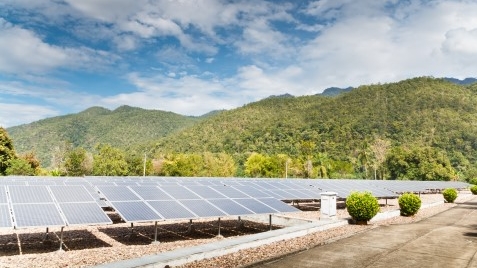 There will be an additional of 8.9GW on top of 14GW existing capacity of solar.

The pace of rooftop solar is rising beyond its own expectations, resulting in homes and businesses adding at least another 8.9 gigawatts (GW) from its existing capacity of 14GW by 2025, the Australian Energy Market Operator (AEMO) said.

These solar energy systems alone could provide up to 77% of total electricity demand at times by 2026 in the four mainland states that are part of the National Electricity Market, which are South Australia, Victoria, NSW, and Queensland. The Renew Economy reported that this will have a major impact on prices, demand, and operations of the grid.

Further, the Renew Economy pointed out that one of the main issues with rooftop solar from AEMO’s perspective has been the relative lack of visibility over how they operate and the inability to manage or orchestrate their output.

“The transition to a power system supplied almost entirely by renewable and distributed resources in some periods represents a major change in power system and electricity market operation,” AEMO reported.