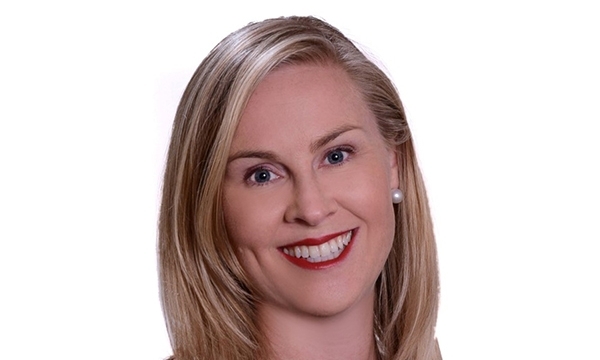 Improvement can be "painstakingly slow"--how should countries improve?

As the region’s energy needs continue to rise at great pace (ASEAN nations are projected to see their energy needs grow 80% to 2040), several nations are gearing up for increased solar investment. However, they are each taking a unique path. Whilst the region has the support of ASEAN, there is a clear need for alignment of regulation across the nations for a successful future of solar in Southeast Asia. Asian Power caught up with Bree Miechel, partner at Reed Smith, who specialises in advising sponsors, lenders, government authorities, and contractors on conventional and renewable power as she shares her insights on the regulatory environment in ASEAN.

What regulations have hindered investment in Southeast Asia when it comes to solar power projects?

Regulatory developments have generally been disappointing for foreign investors relying on international commercial banks for funding. Bankability concerns with the form of Vietnamese PPA have held back investment. The earlier Philippines FIT programme didn’t provide certainty as to tariff prior to an investment decision being required. This kept foreign investors at bay.. Meanwhile regulatory change in Indonesia has held back investment and the restricted tariff (to the level of the average national tariff or if the regional tariff is higher, 85% of the regional tariff for solar) may continue to do so.

Thailand and Malaysia have had successful regulatory/procurement programmes for developing solar. Both countries have provided investors with a foreseeable pipeline of opportunities over the longer term. In Thailand this has been underpinned by very significant tariff subsidies and a stable regulatory framework. Cambodia’s regulatory environment is also conducive to investment but this is a smaller market.

Notwithstanding PPA bankability concerns, Vietnam is seeing an inflow of investment ahead of the June 2019 deadline for its 9.35 US cents/kilowatt hour solar PV Feed-in-Tariff. This investment is coming from parties with access to funds not constrained by the bankability concerns. InfraCo Asia and Sunseap International are developing one of Vietnam’s first utility scale solar PV projects, a 168MW plant in Ninh Thuan province. InfraCo has a special mandate to make marginally viable projects commercial and encourage private sector development. Another investor I am in touch with out of New York is developing a 40MW solar PV project but looking to local lenders for debt. Similarly regional investors (Thai and Indian groups) without the same bankability constraints of other international investors are developing solar projects in Vietnam.

Due to the challenging regulatory environment in South East Asia the markets our clients are focused on for new opportunities at present are Taiwan and Australia. This suggests South East Asian countries are not realising the full investment potential available.

International banks are performing as expected – they require security of repayment of principle and interest to fund a deal. They are not equity investors with upside to counterbalance the risk. The commercial bankers feel that it is the multilateral development banks that aren’t performing as expected, with the ADB and IFC participating in deals which are “bankable”, rather than supporting the more challenging deals. For example, the Vietnamese wind and solar PV projects with challenging PPA terms.

What exactly is going on with Vietnamese PPA holding back investments? What is happening and what should investors targeting the Vietnamese market brace themselves for?

The terms of the wind and solar PPA are unacceptable to international banks. It is unclear whether the government is relying on local banks, without experience of international project finance, accepting the terms on faith that either risks will not be realised, or that projects will be treated more favourably than required, if they do.

As a consequence of the PPA terms, many international investors and developers have upped sticks to look for renewables opportunities elsewhere. There is a frenzy of PE activity in the consumer space in Vietnam which is viewed as more lucrative and lower risk.

That is why Reed Smith is supporting the global Solar Energy Standardisation Initiative, in an effort to standardise contracts to streamline the development and finance of solar projects on internationally bankable terms. Through simplifying the contractual documents and in turn reducing transaction costs, it is hoped that the industry will attract more private investment.

Indonesia has been the subject of regulatory developments the past year. Now that the reality of the ambitious 35GW plan has set in, what regulatory flaws should the country rectify?

Indonesia can be an intimidating country in which to do business. Over the past two years the Indonesian Government has issued a continuous stream of new regulations impacting the power sector - chief among these have been the framework for, and pricing of, renewables investment, and risk allocation under PPAs for conventional projects. Our Indonesia team has extensive experience and on-the-ground knowledge of the local market, and culture, in place to help clients navigate complex regulatory work and challenging landscapes as a result of changes in regulation.

If the government was committed to increasing the share of renewables in Indonesia’s energy mix, it would provide greater incentives to investors. It would not limit tariffs for electricity generated from renewable sources to the national or local cost of power generation (which are essentially based on (arguably) subsidised thermal power production) in the manner it has. The more favourable tariff and other treatment of waste to energy projects, which further a number of policy objectives, is indicative of what the government will do where there are appropriate drivers. With the 35GW programme well on track and the economy growing at a slower pace than previously anticipated, there is no need for the government to bring online significant additional capacity in the form of (more) costly renewables that the public (and subsidised PLN can ill afford).

In response to concerns of stakeholders, one of the Indonesian Government’s latest regulations impacting the sector, Regulation No. 10/2018, amends earlier Regulation No. 10/2017 on Basic Provisions in Electricity Sale and Purchase Agreements. Regulation No. 10/2017 had mandated that certain risks were to be for the project sponsors account (including political force majeure and change in law risk), notwithstanding such risks were beyond the control of project sponsors, making such PPAs “unbankable” for lenders. This latest regulation essentially reverts to the position prior to the January 2017 regulation leaving PLN, project sponsors and lenders to negotiate the risk allocation themselves. While not mandating the allocation in the positive for investors and lenders, parties nonetheless consider the regulatory concern resolved and will be able to move forward to close the PPA for the remaining 35GW projects. Where the government does not take land risk for the respective projects this will continue to be an issue for investors.

How do you foresee Southeast Asia's regulatory environment in the next 5 years? What would have improved by then?

Reed Smith has had a strong presence in Southeast Asia for six years now and it is evident that the pace of regulatory reform can be painstakingly slow. We very much hope that the following may speed the transition of Southeast Asia’s power sector onto a more environmentally sustainable footing:

• continued technological advancement and decreasing technology costs (particular battery storage and other storage technologies) to enable a scaled shift from thermal to renewables for baseload power at an affordable price point for the region’s populations
• widespread take-up of initiatives such as the Solar Energy Standardisation Initiative, which is an initiative of a French NGO, TWI and IRENA to develop a standardized suite of documents to de-risk and decrease project and transaction costs to accelerate the development of solar PV projects globally.