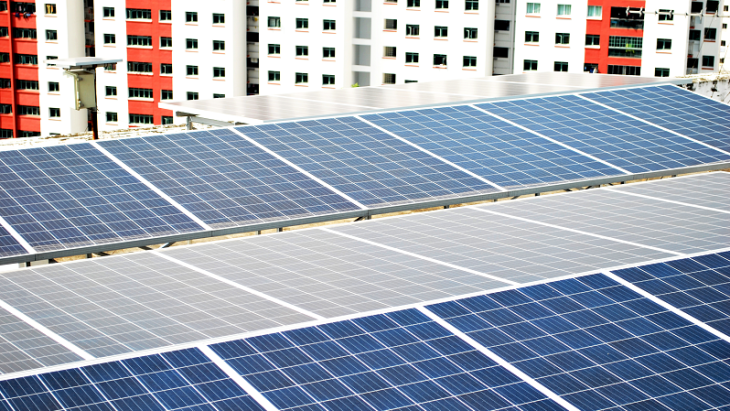 These countries ensure 100% energy accessibility and have over 40% reserve margins.

Thailand and Singapore have driven innovations in energy and are the readiest countries for the energy transition as they have achieved basic energy needs and have some success in pursuing green and smarter energy, according to PwC.

“What needs to be done [by Thailand and Singapore for their energy transition] is increasing the share of renewable and higher penetration of smarter technology like electric vehicles, growing distributed solar generation, in the power sector,” Jennifer Tay, PwC partner for Infrastructure, said at the Singapore International Energy Week, citing the Energy transition readiness in Southeast Asia report.

Thailand and Singapore have both been classified as mature in terms of energy accessibility and reliability, with both countries having ensured access to electricity to 100% of their population as of 2019. They also have reserve margins of over 40%.

In terms of energy affordability, the two countries are classified as established, with Thailand posting 3.8% in the affordability index or the average cost of household electricity consumption as a percentage of minimum household wages, whilst Singapore stood at 4.2%.

The energy sustainability of Thailand and Singapore are both in the established classification, as well, with grid emissions between 200-500 grams per kilowatt-hour.

On smart energy smartness, Singapore was classified as mature based on SP Smart Grid Index 2020, with the SP Group scoring 75-100. Thailand, meanwhile, was tagged as established with a score of 40-75.

The two countries also landed in the established classification on energy trading with over 300 megawatts connected to the ASEAN Power Grid which has a 5.5-gigawatt interconnection capacity.

Meanwhile, Tay said most Southeast Asian countries, such as Indonesia, Malaysia, Vietnam, Cambodia, Laos, Brunei, and the Philippines, all fall into the same category of meeting the basic needs of their people, but lacking in the cleaner energy mix aspect.

“For energy transition to take place smoothly, more investment needs to go into making the energy systems smarter. So countries in this category should look at how they can make use of technology, such as smart metering and monitoring and in grid operations to meet to make the energy transitions,” she said.

Myanmar, on the flip side, is the least ready for energy transition as there is an urgent need to meet the basic energy needs of its population.

“The country should focus on improving electrification and reserve margins to ensure that people have access to reliable electricity. This may include reducing reliance on hydroelectric power, diversifying its generation sources, and continuing to invest in rural electrification,” the report read.

PwC said Myanmar’s energy accessibility is still in progress as about 68% of its population have access to electricity.

According to the report, fossil fuel will still play a “prominent role” in Southeast Asia as it is still developing and economic growth is eyed. But the declining costs of renewables will provide an opportunity to achieve energy accessibility goals along with clean energy transition initiatives.

“Subsequently, this transition will require incremental uptake of smart grids to manage both supply and demand of electricity,” the report read.

“In order to improve on all the aforementioned criteria, the region has stepped up its collaboration efforts with the ASEAN Power Grid initiative. This development of interconnected grid systems will further increase uptake of renewable energy, boost energy security, and facilitate Southeast Asia’s energy transition journey.”

Sirpa Jarvenpaa, director at Southeast Asia Energy Transition Partnership, said one of the problems in the energy transition in the region include lack of alignment with climate goals, noting that there are policies financing fossil fuel subsidies, which create less than a level playing field.

There is also a lack of access to finance and bankable projects, she said.

“For instance, currently, local financing institutions are not comfortable with the saving space cash flows of energy efficiency investment projects, thus starving these innovative investments from finance. The limited capacity of the infrastructure is impeding the march of renewable energy into the energy mix by simply curtailing or rejecting wind and solar energy, the variable renewable energy from the system,” she said.

Jarvenpaa also noted that there is a lack of access to knowledge on the best practices and technological innovations for energy transition, but noted that these challenges are “solvable.”

“But what's in the way is largely the political economy and misalignment of interests and incentives, and lack of awareness of realistic options, which only come about through thorough study, and demonstration projects, and proof. So the innovative structures that we need are really structured collaboration approaches, with stronger alignment.”

“Creating a level playing field amongst the technologies to enable private sector financing into renewables, as well as in energy efficiency, is the key and how to do that is probably focused on the gradual reduction of the subsidies that are now going into fossil fuels and redirecting those resources to other incentives,” she said.

Andrea Lovato, executive vice president of renewable and hydrogen at ACWA Power, said renewables “makes sense in terms of economics” and in terms of “energy independence.”

He noted that solar photovoltaic is now down to $1.1c to $2.1c per kilowatt-hour (kWh) in certain regions. Wind onshore is between $2.5c to $3.5c per kWh, whilst wind offshore reduced rapidly and is now in the range between $6.5c to $7.5c per kWh.

Lovato said dispatchable solar, meanwhile, is around $7.1c per kWh, whilst battery energy storage systems of up to four hours are in the range of $5c to $6c per kWh.

“The renewables are already a good means, economical means for all of us to be implemented,” he said.