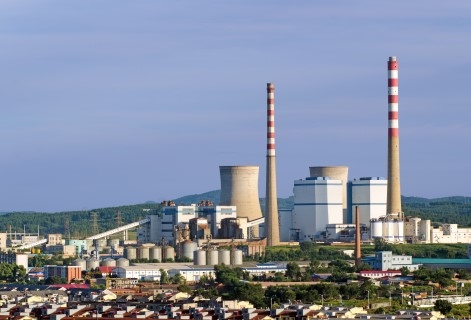 Is the Philippines ripe for energy storage?

Some utilities see batteries as the solution to improve the economics of a larger scale roof-top solar industry.

The nergy storage market in the Philippines is still in nascent stage and regulators have a big role toplay to boost its adoption. According to Sarah Fairhurst, partner at The Lantau Group, most local energy storage projects are delayed due to pending approval from regulators or only in proposal stage.

Globally, Fairhurst noted “the storage revolution is being driven by regulators who understand that they actually have to keep up with technological advances. That’s not happening here yet in the Philippines.”

Fairhurst said that some energy firms see battery storage as the solution to improve the economics of a larger scale roof-top solar solution particularly if they have non-day time load. Basically, battery storage provides a backup energy resource for intermittent power sources such as the solar power, which saw a dip on output during cloudy conditions.

State of solar
Similarly, Jeff Miller, partner at OWL, believes battery energy storage system (BESS) is the best solution for hybrid power plants using solar power to maintain the energy source throughout the day. He thus noted the use of BESS makes solar output more stable, provides additional power at night time, and helps in controlling frequency on the microgrid.

“Over the next 10 years, I think there’s going to be tremendous opportunities where solar plus battery storage could replace expensive coal with low cost,” said Bill Ruccius, executive vice chairman/  treasurer of the Independent Power Producers Forum. Leandro Leviste, founder and CEO of Solar Philippines, expects the solar energy to penetrate 20% of Filipino households over the next five years.

Leviste said they are now “under supply agreement with Meralco at a price as low as PHP2.99 per kilowatt hour with a new CSP now being conducted by Meralco at PHP 2.98 showing indeed the attractiveness of these rates and we have no doubt that the price will continue to drop.”

Shadowing doubts
However, amongst the top concerns looming around solar energy is whether it is viable to be used with battery storage for peaking and midnight utilisation in the next two to three years.

“If you’re going to be integrating storage for a day time firming application you wouldn’t even need 1MWH of storage for 1MW of PV, you would only  need perhaps
half an hour per megawatt of PV,” Leviste explained.

Moreover, some companies leveraged solar energy to power their corporate social responsibility (CSR) projects on provinces with inadequate source of electricity. The Power Sector Assets and Liabilities Management (PSALM) Corporation, for instance, used solar panels as an energy source to power the machines they have to use on their livelihood programme (i.e. tailoring) in the municipality of Estancia in Iloilo.

Helena Tolentino, vice president for CSR of PSALM, said they spent PHP485,000 for the solar panels and hopes to extend it to government’s socialised housing units.

Finding the balance in development
“[The] energy sector has an impact on both economy and the environment. We do recognise that energy is the lifebloodof all economic growth. Without power, our  factories, offices, and railways will simply not run but generating power to support these activities would cost pressure to the environment,” said Jaime T. Azurin, president of the Global Business Power Corporation.

The United Nations Development Programme (UNDP) in 2015 launched 17 Sustainable Development Goals, which zero in on climate change and sustainable consumption amongst others. As such, Azurin elaborated four strategies to help energy firms embark on sustainable approach to development in line with the UNDP’s goals.

Firstly, find the right balance in the energy mix. In the Philippines, renewables take 30% of the current energy mix said Attorney Jose Layug Jr., chairman of the National Renewable Energy Board. However, the government is looking to raise it to 35% by 2030 as stated in the National Renewable Energy Programme. Secondly, promote a healthy regulatory environment. Azurin mentioned several regulations in the pipeline that could help balance out environment and economic development.

“Under the RPS, distribution utilities must source a portion of their power supply from eligible RE producers whilst under the Green Energy Option endusers must have the option to choose renewable energy as their energy source,” he said.

Thirdly, improve energy efficiency by finding ways to consume less fuel without compromising the energy output. “This is done through careful and routine maintenance of our facilities to ensure that they are running in optimal condition. This can also be achieved through innovation of various energy technologies measures in our day-to- day operations,” Azurin explained. Lastly, continuously leverage technologies that could help improve the energy sector.

Bracing for the new wave
Third platform technologies – which include social media, mobile, cloud computing, and big data – are already a thing of past thus energy firms must brace for the new wave of technologies that could disrupt the market. Gavin Barfield, chief technology advisor at Meralco, identified blockchain, Internet of Things, edge computing, virtual and augmented reality, bots, and artificial intelligence as emerging technologies that energy firms must keep an eye to. “The utility of the future will be a fully digital system,” he said.

In Meralco, for instance, over 90,000 smart metres were deployed. The data from smart meters combined with the data from beyond-the-metre devices such as smart plugs & smart appliances further enable the electric company to better personalise their services to consumers. On top of that, the smart meter data help Meralco determine fraud at an early stage based on patterns and unusual behaviours in the meters. Barfield revealed 200,000 more smart meters will be deployed this year, after getting approval from the regulator, and aim to roll out 3.3m smart meters by 2024.

Flexibility is key
Furthermore, Celine Paton, manager at The Lantau Group, underscored the importance of having more flexible systems in order to adapt to the everchanging technology landscape in the energy sector. Anabele Natividad, vice president for project development at Bronzeoak Philippines said in a separate interview that whilst there has been a policy shift towards renewable energy in the last few years, there is a need to revisit existing rules.

Doing so will enable the country to tap into the investor interest, which has been growing over the years, and create a bigger market for renewable energy.

Reliability as priority
Whilst advocates for renewable energy wait for stronger policy backing that will bring down costs, the reality on the ground is that regions like Visayas and Mindanao cannot rely solely on renewable energy. Reliability is paramount for these fast-growing regions and has made coal-fired power plants a necessity to avoid costly power disruptions.

“Although there has been progress in renewable energy projects, the region needs to supplement these developments with base load capacity; otherwise, if the wind or solar power supply is down, reliability will be compromised,” said Francisco C. Sebastian of Metro Pacific Investments Corporation in an interview with The Oxford Business Group. “For a developing country like the Philippines, the cost of renewable energy and indigenous power sources is high, and additional base load is required to ensure power security and to deliver a stable supply.”

With its expanding economy and climbing energy demand, the Visayas region has been attracting more energy developers and many projects are currently under construction or expansion.

In the past, the main challenge for power generators, especially those that want to put up coal-fired power plants, was changing the mindset of local communities and governments that oppose such plants.

But a more open dialogue and a larger allocation for environmental protection seems to have softened their adversarial stance. “There have been significant efforts put into information campaigns where the public has been educated about coal and global warming,” said Sebastian, adding that for coal-fired plants, an estimated 30% of the project cost is spent on clearing up carbon emissions and raising environmental standards ahead of existing regulations, particularly in terms of soil and water testing.