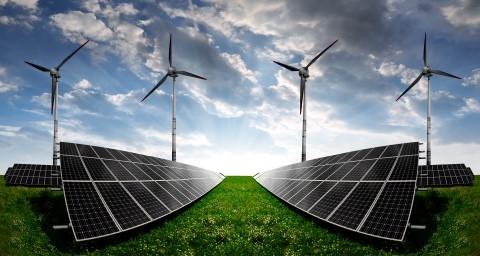 Onshore wind and solar are now cheaper than coal: report

Policy revisions in China have affected the costs of new PV installations.

Unsubsidised onshore wind and solar have replaced coal as the cheapest power sources in almost all of the world’s major economies, including India and China, but excluding Japan, BloombergNEF revealed.

The firm’s analysis of the levelised costs of electricity (LCOE) for H2 2018 showed that the benchmark global levelised cost for onshore wind sits at $52/MWh, down 6% from H1 2018. Moreover, onshore wind is now as cheap as $27/MWh in India and Texas, without subsidy.

Meanwhile, the benchmark global levelised cost of new PV (non-tracking) dropped 13% to $60/MWh. This was mostly due to policy revisions in China that caused the utility-scale PV market to contract in Q3.

In India, solar and wind plants are now half the cost of new coal plants, BNEF added.

Meanwhile, higher interest rates in China and the US over the past two years have raised financing costs for PV and wind, but these were offset by lower equipment costs.

Other power sources like gas could not match to the low costs of solar and gas, no thanks to expensive gas imports. The levelised cost of new-build combined-cycle gas plants at $70-117/MWh are less competitive than new coal-fired power costs at $59-81/MWh.

Notably, batteries that are co-located with either PV or wind are becoming more common. According to BNEF, new-build solar and wind paired with four-hour batteries present dispatchable generation sources in Australia and India that are cost competitive and without subsidy.