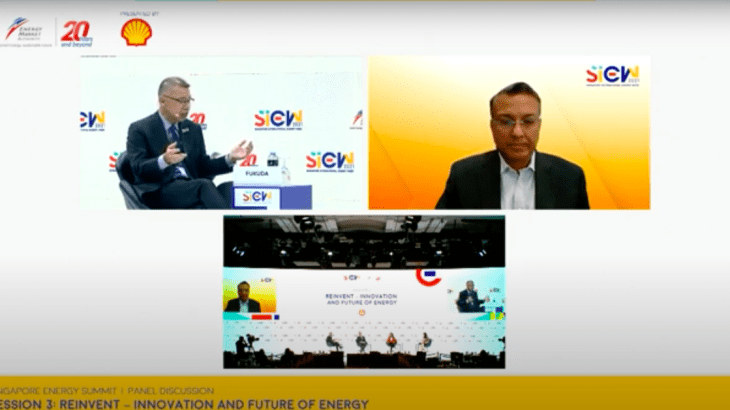 With all eyes set on transitioning to clean energy, governments are taking a technology-led approach, with hydrogen and carbon capture emerging as the key technologies in achieving their net-zero targets. However, experts argue that investing in these technologies today could be a premature move.

Economic feasibility and recovery period of investment are the major concerns that governments and companies should consider in investing in technologies that will aid them in their decarbonisation goals, Senoko Energy Chairman Akihiro Fukuda said.

In Singapore, for instance, although the energy market is expecting hydrogen power generation to become financially feasible by 2030 or 2035, Fukuda said it is too early for power generators to invest in hydrogen power plants due to the lack of economic feasibility.

Fukuda said investors should instead consider the “sustainability of the existing energy-only market and the existing power generator.”

Investors should also consider the sustainability of the newly invested renewable infrastructure, as new technologies in renewables that are so innovative “often become obsolete or less competitive in a short period of time.”

Fukuda noted that a new investment to implement an infrastructure for the renewable energy input that is not recoverable within a 10 years time frame at a competitive price setting would need a longer period of time to recover returns.

“Hence, ensuring a level playing field is essential to secure the economic sustainability of both the existing power generator and the newly invested renewable infrastructure,” he said. “Before that, we need invention, if you will, in the regulatory and financial framework in tandem with an invention of new technologies to help mitigate the risk that the investor might face with the rapid evolution of the new technology.”

“A technology-led approach is the only way we can maintain energy security in our region, and at the same time, drive economic growth,” Angus Taylor, Australia’s Minister for Industry, Energy, and Emissions Reduction said, as his country is on its way to achieving its net-zero target by 2050.

“Our technology, not taxes, approach will allow us to reduce our emissions without damaging our reliability as an energy supplier, and the thousands of jobs that depend on those exports. We've already seen renewable energy technologies deliver extraordinary reductions in costs in our electricity sector,” he added.

Taylor said that the growth of renewable energy use in households such as solar and wind has been rapid, adding that they expect renewables to account for more than half of its electricity within a decade.

Australia also plans to reduce emissions as well in other sectors like agriculture, mining, and manufacturing but the technology solutions are still expensive to deploy or are still in the research and development (R&D) stage. This includes clean hydrogen, carbon capture and storage, and low emissions materials like steel and aluminium, he said.

Taylor added that they are aiming to cut the production cost of under $1.48 (AUS$2) per kilogram for clean hydrogen and under $14.79 (AUS$20) per tonne for carbon capture and storage. The Australian government is investing $14.8b(AUS$20b) this decade for the deployment of low emission technologies which is expected to leverage at least $59.2b (AUS$80b) of public and private investment by 2030 and in turn create over 160,000 jobs.

Australia is also partnering with other governments for low emission technologies such as Singapore, Japan, Germany, and the United Kingdom, committing over $417.8m (AUS$565m) this year, he said.

The State Grid Corporation of China, meanwhile, aims to build a power system based on new energy and become an “energy internet” company. It also plans to create new business models and expand industrial and value chains.

“In technical innovation, we have launched R&D framework and are building our power system based on new energy aimed to work, make breakthroughs in source grids, low storage coordination, and the green power markets, active support of the new energy generation is central, and to advance the next zero power projects on energy internet,” President Zhang Zhigang said.

Zhigang also said that they plan to integrate its large grid, microgrids, and local VC grids. The SGCC also plans to build a digital system or equipment management powering the transmission, transformation, and distribution.”

“We will provide our customers with high quality, diversified and interactive and personalised energy services and through the efficient allocation of our core resources,” Zhigang said.

Technology and digitalisation also play a vital role in the transition of Keppel Offshore & Marine to cleaner products and renewables, according to CEO Chris Ong, noting that aside from having installed about 21,000 rooftop solar panels, they are also delving into battery storage.

Ong added that they are also putting in smart meters. “With that, we actually are able to have visibility and also some kind of mindset change towards how we use energy more efficiently.”

In India, storage is amongst the first new technologies that are emerging, allowing to “substantially reduce the intermittency of renewables,” according to the ReNew Power CEO Sumant Sinha.

“The ability to get the cost of hydrogen to come down using renewables and making it clean, that is going to be another huge big development that is going to happen in our sector over the next few years, but it will take some time,” he said.

Digitalisation is also a “very big area” for the energy sector in India as this will allow them to improve the percentage of renewables in the grid, allow people to manage their energy requirements better, as well as improve the efficiency of electrical systems, Sinha said.