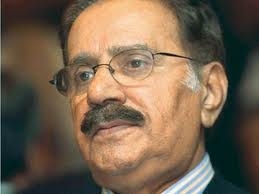 Pakistan has turned down a request by Turkey seeking relief for a Turkish Rental Power Plant, Karkey Karadeniz.

The visiting Turkish Economy Minister Zafer Caglyan, who made the request during a meeting with Commerce Minister Makhdoom Amin Fahim, said Turkey sought a resolution of the dispute involving the Turkish firm.

Fahim argued that since the high court had already given its judgment against all rental power plant projects, the government of Pakistan cannot do much.

In March this year the Supreme Court ordered wrapping up RPPs contracts and asked National Accountability Bureau to move against all those who have been involved in striking the deals that many believed became a multi-billion dollar scam.

The government signed a five-year contract with Karkey Karadeniz which had a 222 megawatts generation capacity.

The government would pay $565 million on account of rent for producing electricity, according to audit report of the RPPs, carried out by Asian Development Bank on request of the government. The Karkey became controversial when reports appeared in the press that the government was paying millions of dollars to the plant despite the fact that its production was almost nil.