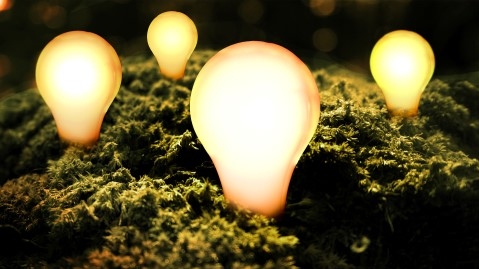 Fossil fuel power investment will see a loss of $54b a year.

In contrast, fossil fuel power investments will decline by about 25% to US$54 billion a year.

Wood Mackenzie’s research director Alex Whitworth said the region’s power generation investments are leading the world and are expected to hit $2.4t in the current decade, with renewables accounting for over half or $1.3 trillion of power investments.

“Under the current transition decade, subsidies across Asia are rolled back, while stronger policy targets and cost declines will continue. In most Asian markets, subsidy-free renewable power will not be able to compete with coal power until 2025 or later,” Wood Mackenzie said

According to Wood Mackenzie, China’s 1,200 GW of wind and solar capacity target by 2030 will require more than 534 GW of renewables to be added over the next decade. This will boost annual wind capacity to over 40 GW from 2021 to 2030.

Wood Mackenzie also predicts that South Korea would quickly become one of the leaders of offshore wind in Asia with nearly 4.4 GW in the immediate development pipeline.

Between 2021 and 2030, annual additional wind and solar capacities will average at around 140 gigawatts (GW) per year, accounting for two-thirds of average total power capacity additions in the region by 2030.

Solar will continue to drive renewables growth, with Southeast Asia as the hottest market for solar power in the world. The region's installed capacity more than double every year since 2018.

Southeast Asia will collectively require around $14b a year of wind and solar investments until 2040, forming just under half of total power investments. Wood Mackenzie said it expects a momentary slow down with subsidies pulled back, but the region will add over 100 GW of solar in the next ten years.

“Asia Pacific is the epicentre of solar technology innovation and manufacturing. Home to the world’s largest solar module manufacturers and PV inverter manufacturing, the region is the test field of many new technologies that have great potential to lower both solar Capex and O&M cost,” Wood Mackenzie said.

Meanwhile, the energy research and consultancy group said wind and solar investments in Australia will drop by 60% in the next five years but will come back with a vengeance to average around $7b a year by 2030.

Recently, the country dismissed what would have been the largest renewable energy hub in the world, citing environmental concerns.

Le Xu, senior analyst at Wood Mackenzie however said that Australia is a leader in the energy transition in APAC.

“The country has the highest variable renewable energy share in generation now and will accelerate the share from 20% in 2020 to 78% by 2050. The country is closing ageing coal-fired plants and facing reliability and cost challenges at least ten years earlier than other Asian countries,” Xu added.

Wood Mackenzie expects carbon emissions from the Asia Pacific power sector to peak at 7.3 billion tonnes in 2025, which equates to 1.8 tonnes per person, less than half the level of most developed countries.